On Thursday afternoon (July 17) we set of Lübeck on the way to Brombachsee. Here, among the passengers came to the question of what makes a good sailing regatta. Quick one could reach a consensus on the form that a good framework program on land is just as important as the sailing area. This requirement should then also be available for the next three days the focus of German Open 2014.

After eight hours we were greeted in the clubhouse of a few revelers with a cool Hellen. The next day we saw before the rigging and the first of twelve planned regattas. Since in the shade partout did not develop thermals on the lake at 32 degrees, said framework program came in the early afternoon on the plan. The club's chef Alex provided us the temperature and (almost too) geographically accordance with antipasti and pizza from the stone oven. The disco program was later only 80%, because the next day would finally promise wind.

With a short postponement, we went actually to work. Thanks to speedy implementation could be drawn at the end of five races in Mediterranean temperatures and 6-12 knots of wind. Unfortunately, the race director could not always respond to the strong wind shifts by rail alignment and the position of the start line, so that we mutated in at least two races to tram drivers. But even that has to be learned. Furthermore, it was noted that sailed extremely ambitious and loudly. The unsightly rupture of the gennakers and for the subsequent discussion at the conference table was then the culmination of ambitions.

After the protest negotiations was then the Swiss Adrian Huber with his SUI 599 "Poisson Rouge" found at the top of the results list, followed by Sputnik (GER 191) and Plato (GER 690). In the evening the stage was then available again for Alex. In the evening he lay down properly to the wheel and on the suckling pig along with accompanying program showed all his skills. In addition to full-blown protest discussions, the weather was a welcome Taken topic for the next day. Since this did not bode well in terms of wind, the music grew louder and the thirst for beer bigger...

And ... the wind forecast was due to arrive! On Sunday, it happened around 11:30 clock to a conspiratorial meeting of the crews and the race leader on the (thankfully) it was decided to end the series after five races. Thus, the results had to be not reprinted from Saturday to celebrate the very consistent sailing as Swiss German Open winner 2014. This was allowed to receive his trophy from the District and happy applause of the participants. 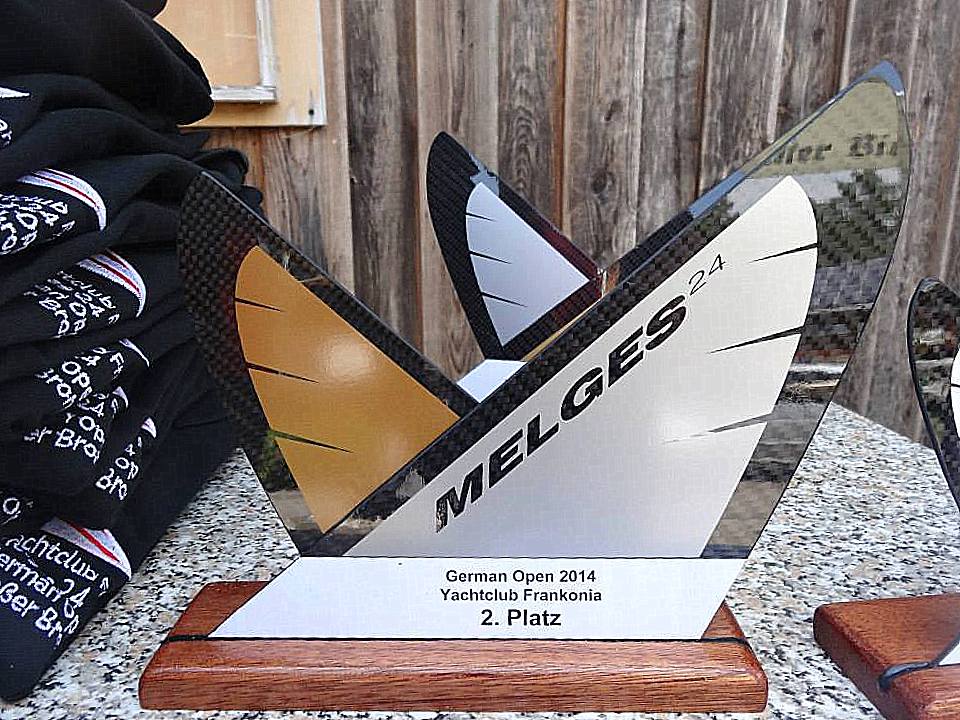 Looking back on the conversation during the outward journey regarding the requirements for a great regatta can attest great job the organizers the Yacht Club Franconia. A distinctive hospitality, great catering and a relaxed implementation have fun and let ignore the adverse wind conditions. 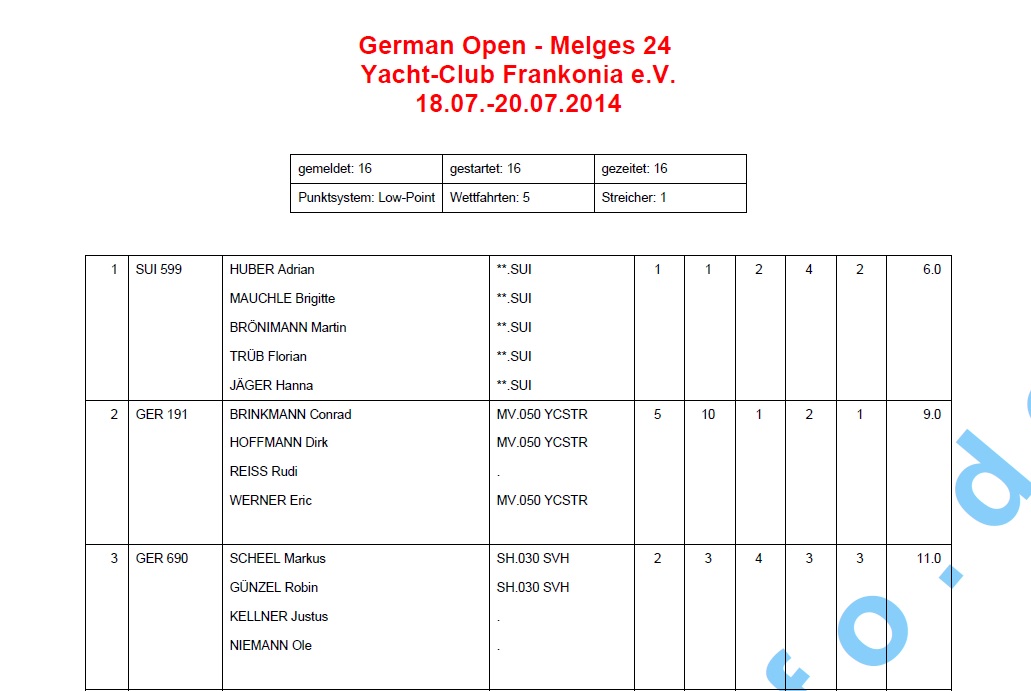