15 June, 2015 – Tallinn, Estonia – 2015 Melges 24 Estonian Championship was held on June 12-14 in Kalev Yacht Club, Tallinn, Estonia. The place is known for many sailors as the venue for the 2010 Melges 24 Worlds and also for the 1980 Moscow Summer Olympic Games’ Sailing Regatta. Regatta was considered to be as the Doyle Sails Nordic Trophy’s 2nd event and Finnish-Estonian Ranking’ 3rd event. Not many chances was leaving for other teams Tõnu Tõniste’s Lenny EST790 winning the title of the Melges 24 Estonian Champion.

Five boats altogether – four Estonian and one Finnish boat enjoyed the event and great racing during the event as for the most of them it was the second competition of the season only. First day of the event in Tallinn was sailed in superb conditions. Two races completed with SW wind of 15-20 knots with a clear blue sky and a wonderful sunshine. Lenny EST790 took two bullets while Freddy's team EST826 with Ants Haavel in helm got two second places and Peter Šaraškin's Zuxu EST791 ended both races as third. The only Finnish boat, Tomi Hakola's Fundanything.com FIN742 ended the day as 4th (5-4) and Targo Raus' EST573 as 5th (4-5), who had the members of the Estonian Sailing Team, Finn Sailors Lauri Väinsalu and Martti Kinkar aboard. 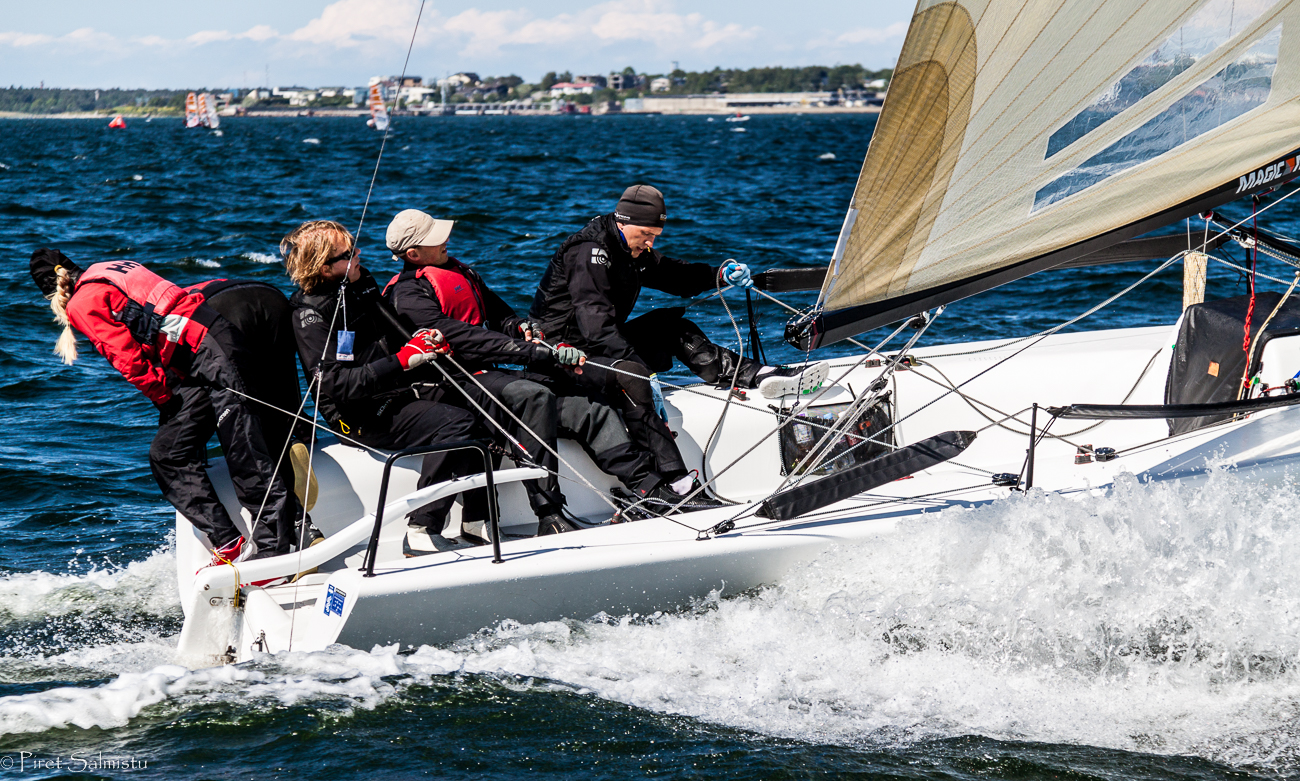 On the second day four races were added to the series of six in total. Sailors were blessed with a beautiful summer day of more than +20 degrees outside, sunshine and blue sky with moderate wind of 3-5 m/s. Lenny and Freddy had a quit tight match-race during the three first races while Zuxu did not find their right move. Lenny ended the day with five points in total after their worst (2.) race’ discard five points ahead of Freddy. Unfortunately Zuxu was stuck in the pin-end buoy on the starting line of the fifth race and crossed the finishing line as the last. Wind was pretty shifty already during the first three races and before the final race of the day the course was moved to another area due to the major wind change. Zuxu was showing great performance in this race and got their first win of the event finally being 3 points behind (13 points in total) from the 2nd position. Tomi Hakola got 5-4-3-4 on the second day and ended as the fourth two points ahead (20 points in total) of Targo Raus' EST573. 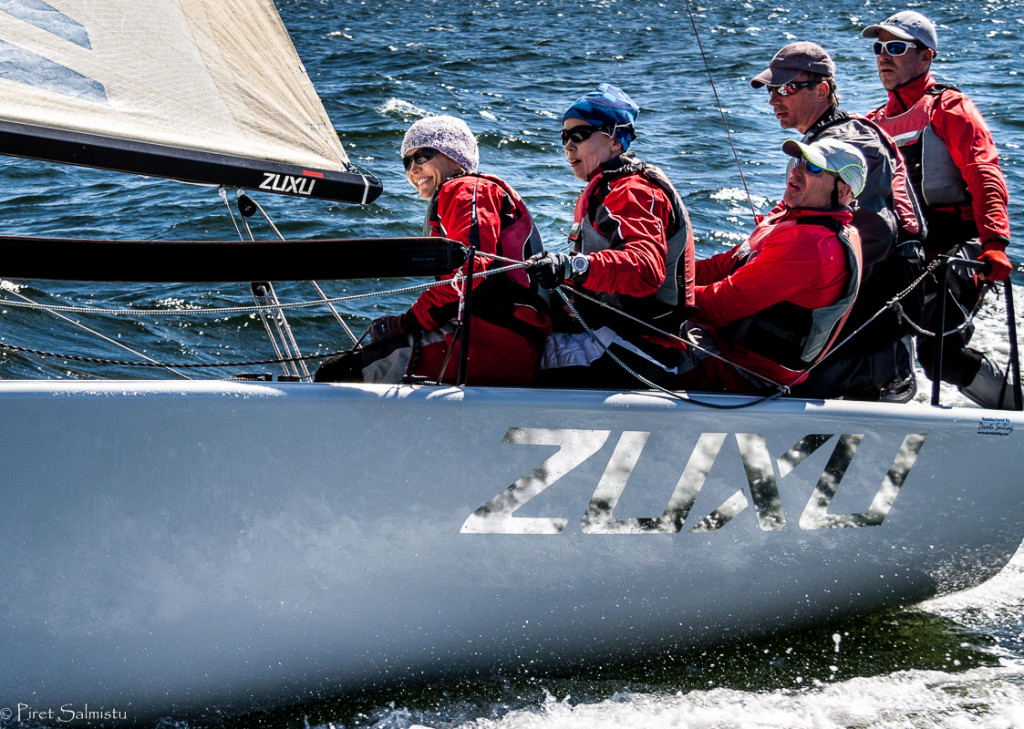 Unfortunately the third day was a total opposite to the second one. Rain and only less than 4 knots a very week wind did not leave many choices for racing. The fleet was waiting ashore but wind did not get any stronger before the time limit at 2 pm. The scores remained as they were on Saturday evening and the medals of the Melges 24 Estonian Championship 2015 were shared as follows: 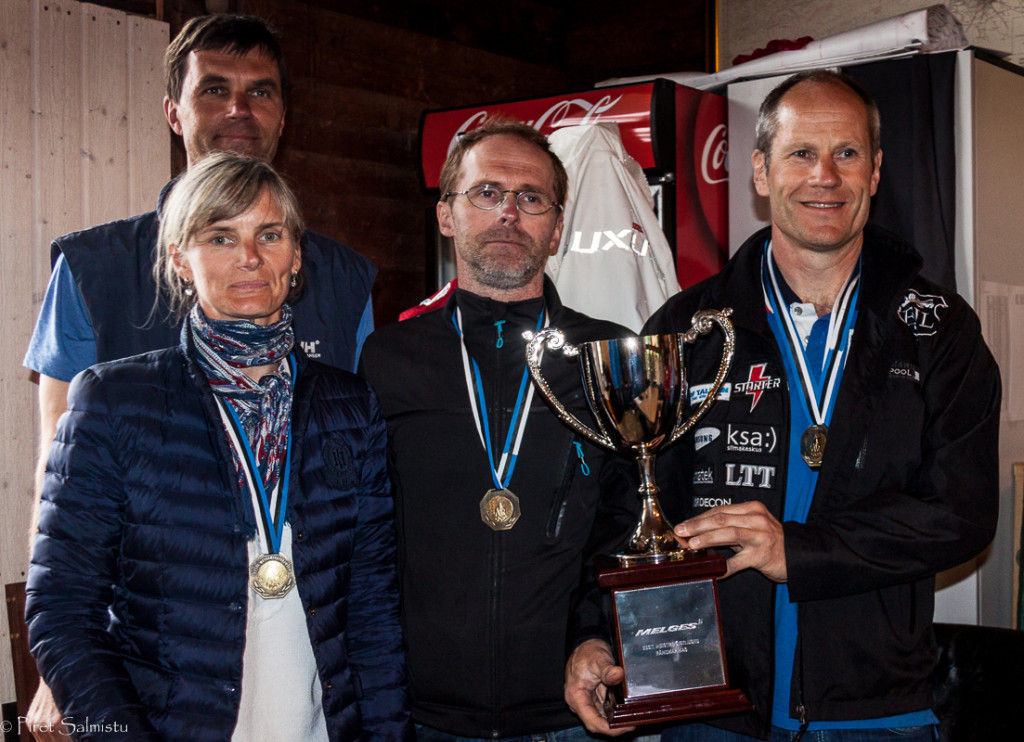 The third event of the Doyle Sails Melges 24 Nordic Trophy – Danish Championship - will be held in Sundby, Denmark on August 21-23. melges24.com/doylesailsnordictrophy

Before that event the fleet of nearly 100 Melges 24 boats will gather to another marina in Denmark – Middelfart, for the most important event of the year – World Championship 2015 organized by the Match Racing Denmark in co-operation with the International Melges 24 Class Association on June 30 – July 5. www.melges24worlds15.dk 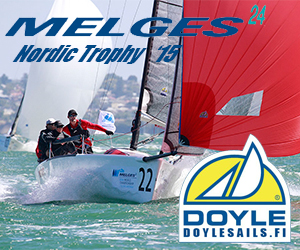