2019 Melges 24 Worlds Recap: An Interview with Richard Reid from Zingara

Villasimius is on old port town dating back to biblical times, that has been raided and or occupied by the Phoenician’s, Greeks, Roman’s, Tunisians, Normans and Spaniards. It has several old forts and ruins as evidence of past conquests. The town is now a modest hill top town with all essential services and cozy little restaurants and bars absolutely ideal for a Melges 24 event.

The event was held in a recently built marina with new efficient infrastructure and up to date facilities. It was well organized – registration and management stuff flowed smoothly and efficiently. (thank you Piret and Valentina!)
The sailing conditions over the 20 day event varied, as you might expect. On average it was breezy to downright windy. October breeze varies from a westerly to a Mistral, or to a north easterly heavily influenced by the local geography (big hills and heat). For example, Day 1 wind range was 15-20kts with a 3’ sea state; Day 2 range was 15-25kts with a 3-4′ sea state (off angle waves); Day 3 the Mistral came in at full speed 30-40kts and there were no races that day; Day 4 the breeze had swung to a NE and was a light 5-10 kts; and Day 5 was a shifty easterly 10-20kts and flat water. 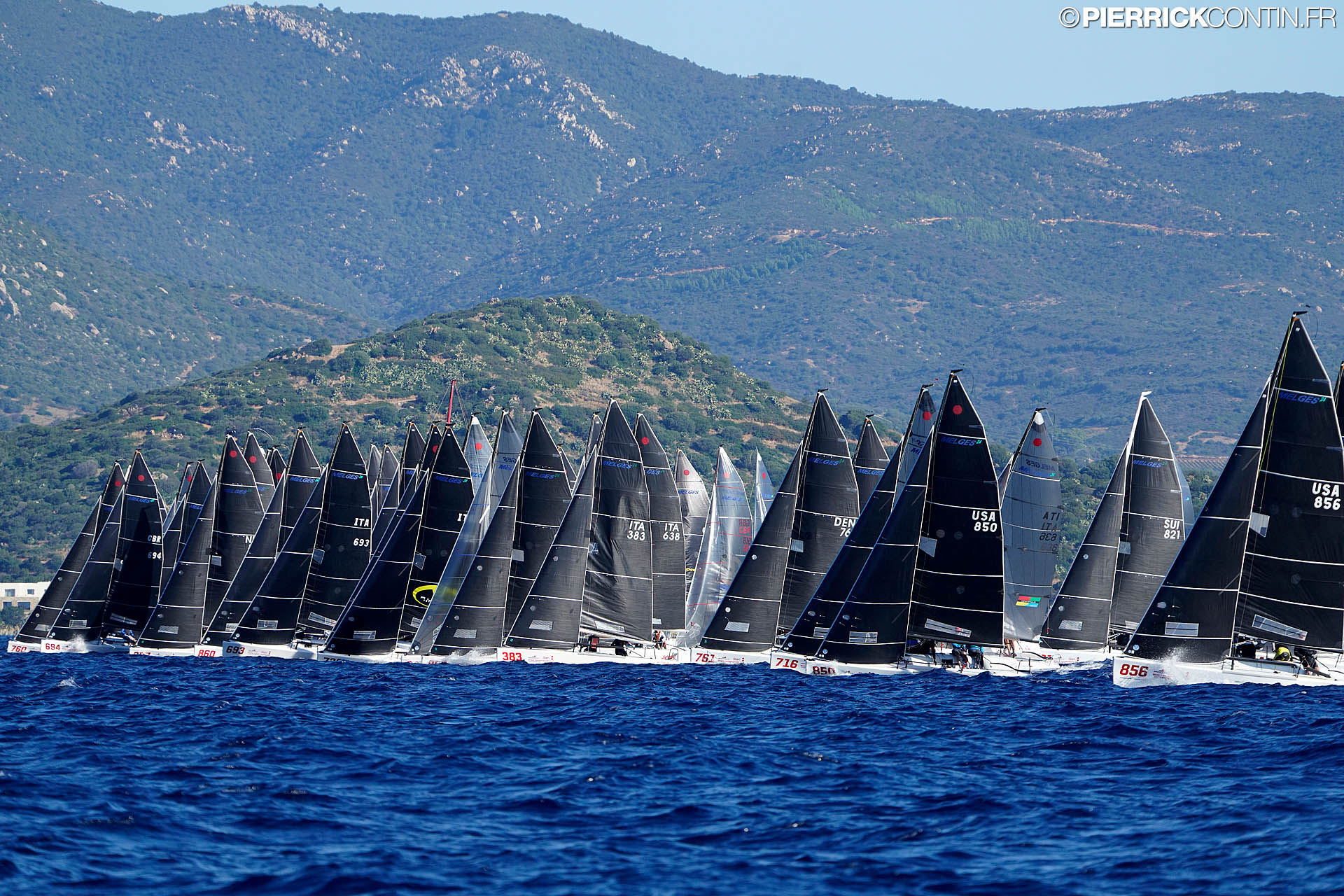 The race track was located in a small gulf which was directly open to the south and the south west but generally protected from the anything higher than 270 degrees and less than 110 degrees. The surrounding hills and local outcrops were white granite, the beaches were white and plentiful and the water a beautiful warmish turquoise.
In the Pre Worlds, held two weeks prior, there were approximately 25 boats and over 8 races, Zingara finished 5th. We considered this promising as we identified a few things that we could work on to get faster (mainly moding). For the World’s, there were 62 boats registered from 15 countries. (7 from North America)
There was only one nationality that was truly dominant…guess which one! Only two boats in the top 10 had no Italian association and they were Corinthian boats, ‘Storm Capital Racing’ from Norway (6th OA) and ‘Lenny’ from Estonia (7th OA). The Top American boat ‘Monsoon’ sailed an amazing series finishing 2nd OA had 3 X World Champion Federico Michetti as their trimmer. The Italians were everywhere and really sail this boat well, they love the boat and it shows. Carlo Facasoli now 3 X World Champion helmsman had deep races along with the rest of us but managed to put up less points when it really mattered. Taki 4 (C) was deep after 2 days in the regatta dug deep and managed to finish 5th  OA to take the Corinthian title.

2) Did you have a particular goal or strategy for the regatta?

Zingara had an absolute world class team put together: our tactician, Scott Nixon from Quantum Sails Annapolis; Ben Lamb who is a World Champion Laser and Etchells sailor as kite trimmer; Billy Gooderham as our boat captain and bow man. On hand for us was coach Richard Clarke (past world champion Melges 24 and Olympic Finn sailor) and yes me on helm. 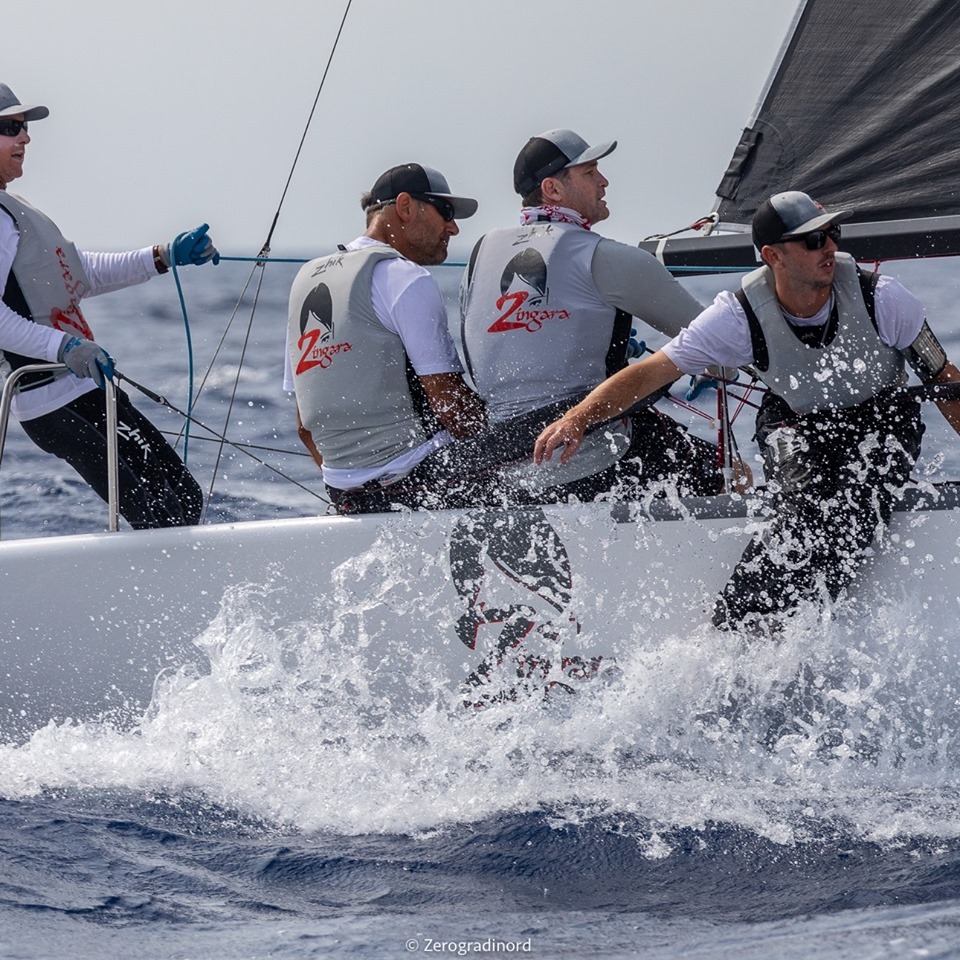 My dream was to get a top 10 finish at this worlds and I can honestly say my team did everything humanly possible to make that dream come true…except it didn’t happen. We finished 18th out of 61.

3) What prep/training did you and your crew do before going to the Worlds in Italy?

This would be a book so I will break it down in point form:

4) Can you highlight a few challenges or successes that you and your crew experienced during the regatta?

The big challenge was getting off the line with a decent lane and at speed, any Melges sailor knows that depending on the size and quality of the fleet that starting will be 50-70% of the equation (this assumes you already know how to go fast). I felt we were too timid on the line the first couple of days, choosing to start in safe low density lanes and count on our speed to be top 10 at the mark. This was a mistake, no matter how hard we worked we couldn’t get back places lost to boats getting off at the favoured end. It took me a couple of days to learn how to play the game at marks, very aggressive and tricky at roundings both top and bottom. Despite jury boats being present there was a lot of fouling and not many turns. (we did our turns).

5) Is there anything you would do differently? Or the same?

Fire in the belly, ice on the brain right from the first gun. You really can not be too conservative. State of mind is so important at the top level racing, it really does become more mental and less about your onboard skills as all the top teams know the boat and have the skills. 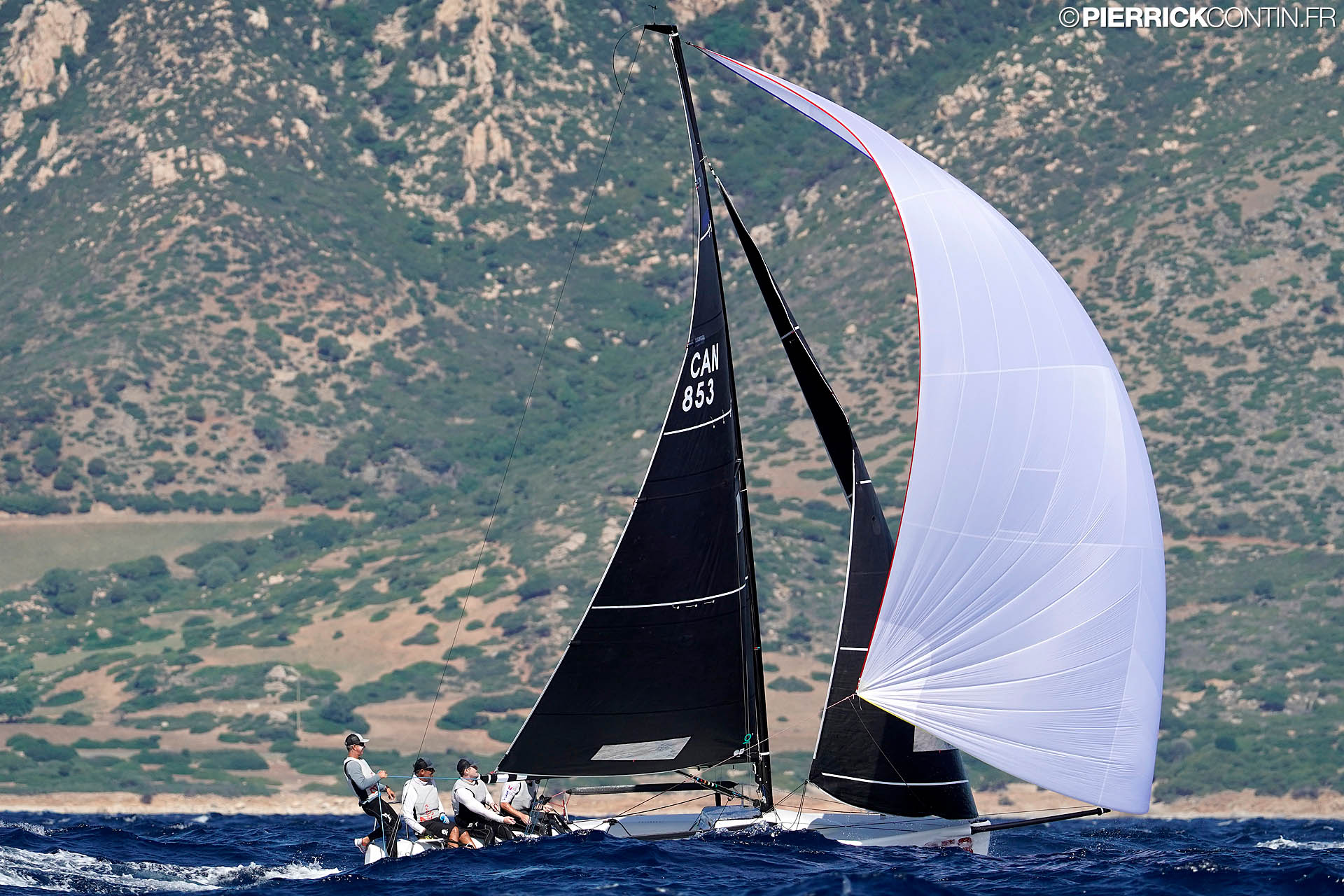 6) In your opinion, what were the strengths of the top 3 teams?

The top 3 teams had (IOB’s) Italians on Board! Go get some of those and stack your team…kidding, sort of…..Team Zingara has been at this (fleet) for 10 years now, we’ve gone through 3 boats we’ve worked our way up from the bottom quartile in the world to the top quartile. This is one of, if not the, deepest OD fleets in the world. There were at least 10 past World Champion drivers in front of us, they were not moving over to let us in, its going to take everything you’ve got and then some to move up. The big consolation for that, I suppose, is that this is the best one design boat in the world and is so much fun to sail, it helps take the sting away when all is not going right in your world!

7) What is your advice for anyone else hoping to travel to the Worlds next year?

Tough question, when I hit my numbers I think my advice could be more meaningful, in the meantime make sure you are enjoying the journey! 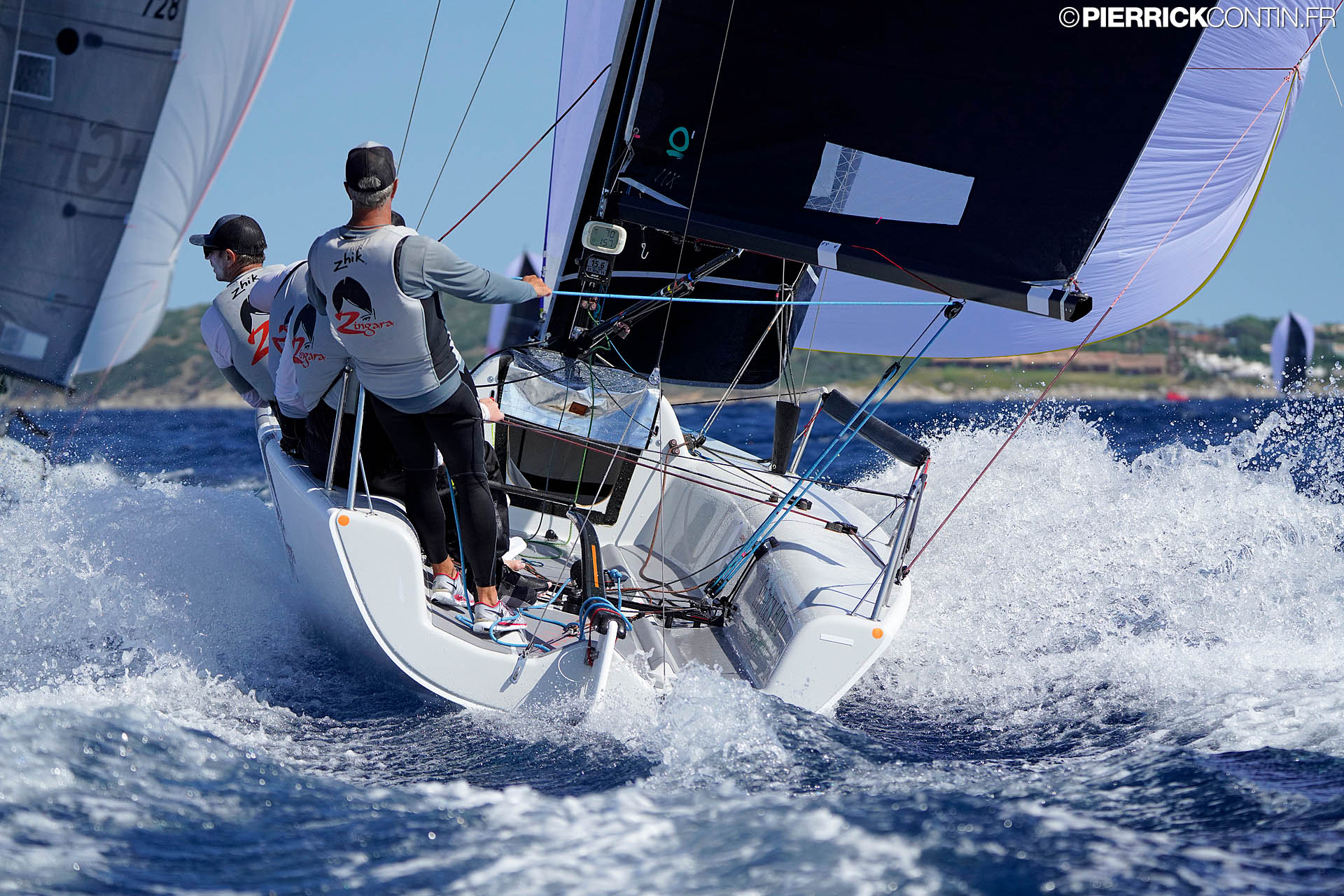