June 6, 2018 - Victoria, BC, Canada - Long day on the water and only one race completed for the Melges 24 fleet, facing extremely challenging conditions with light and shifty breezes in Victoria for the 2018 Melges 24 World Championship.
The morning in the Victoria International Marina started with AP flag hoisted with a pennant of two hours postponement. After 11 am the breeze was filling in a bit and the fleet was off to the race course in Victoria Waterfront. After few attempts to start racing, all abandoned because of the massive wind shifts, the only Italian entry Altea ITA722 by Andrea Racchelli, runner-up of the 2017 Melges 24 Worlds, managed to take the lead in the one and only regatta completed in the second day of racing in Victoria, leaving at his back War Canoe USA825 by Michael Goldfarb and Brian Porter's Full Throttle USA849. 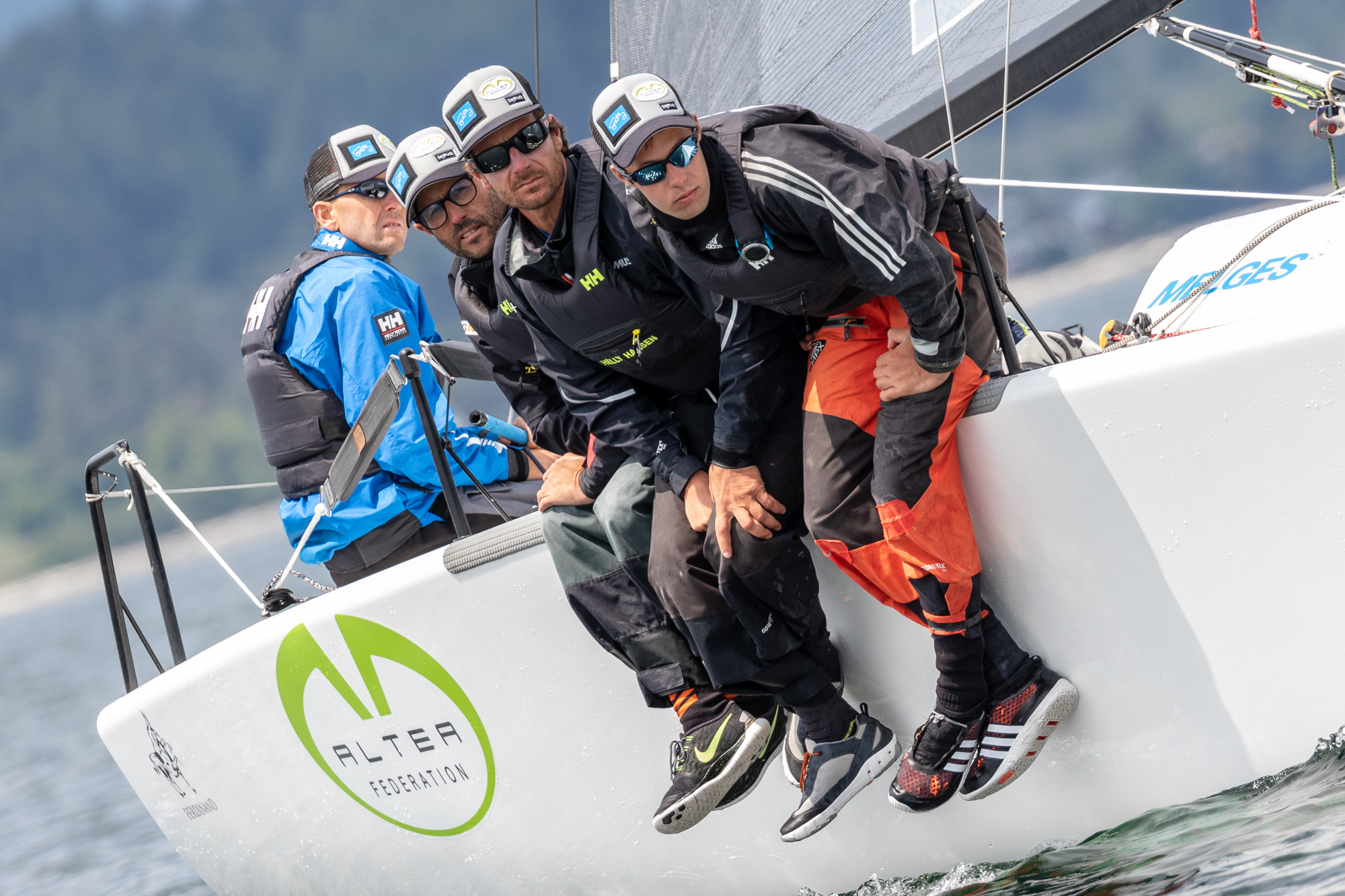 The only Italian entry Altea ITA722 by Andrea Racchelli takes a bullet on Day Two. - Photo (c)IM24CA/Zerogradinord
"We're satisfied with the result of today, even if the conditions here in Victoria are very challenging and difficult to predict. Today the breeze was extremely light, sometimes shifty, and the current is a challenge that must be kept under control at all times. Victoria is an amazing location, but we hope for some more wind for the next days, to enter in the action of this 2018 Melges 24 World Championship" commented Andrea Racchelli, owner and helmsman of Altea. 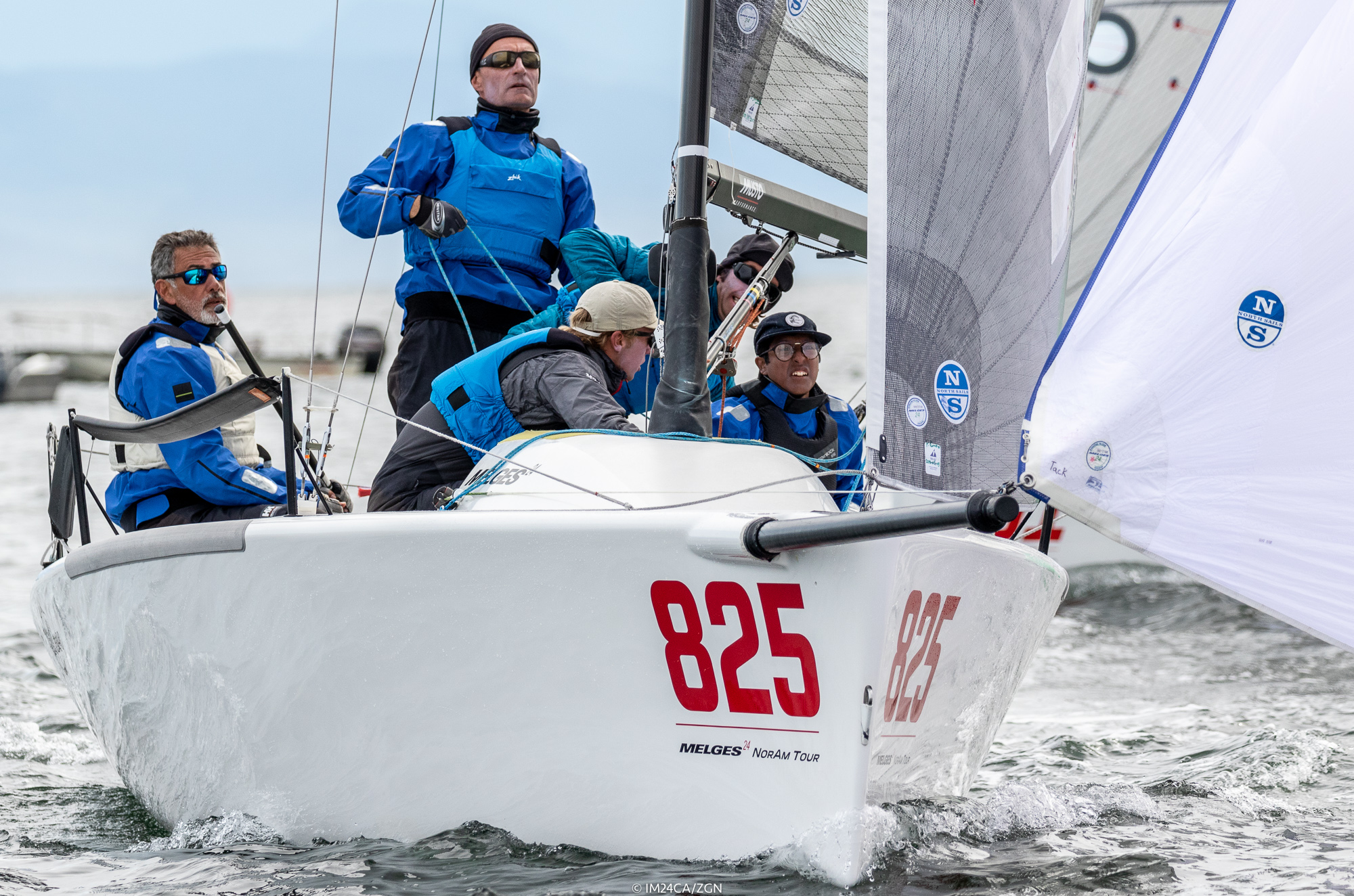 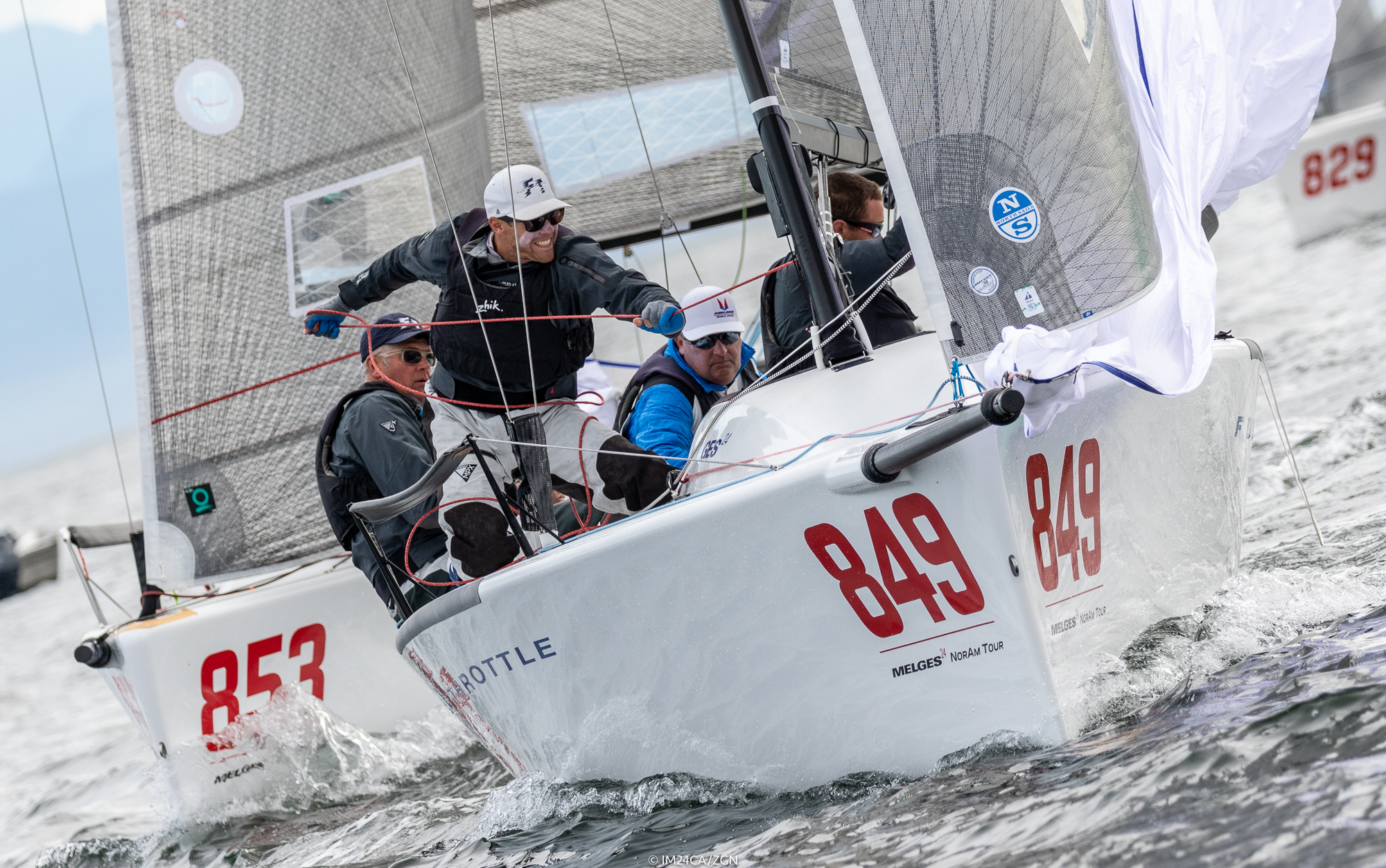 With the scores of 2 and 3 after the first two days of racing, the American entry Full Throttle by Brian Porter gains the leadership of the provisional ranking, with just one point margin over Italian Altea. WTF USA829 by Alan Field, winner of the yesterday's race #1, follows in third, having closed today's regatta in sixth position. 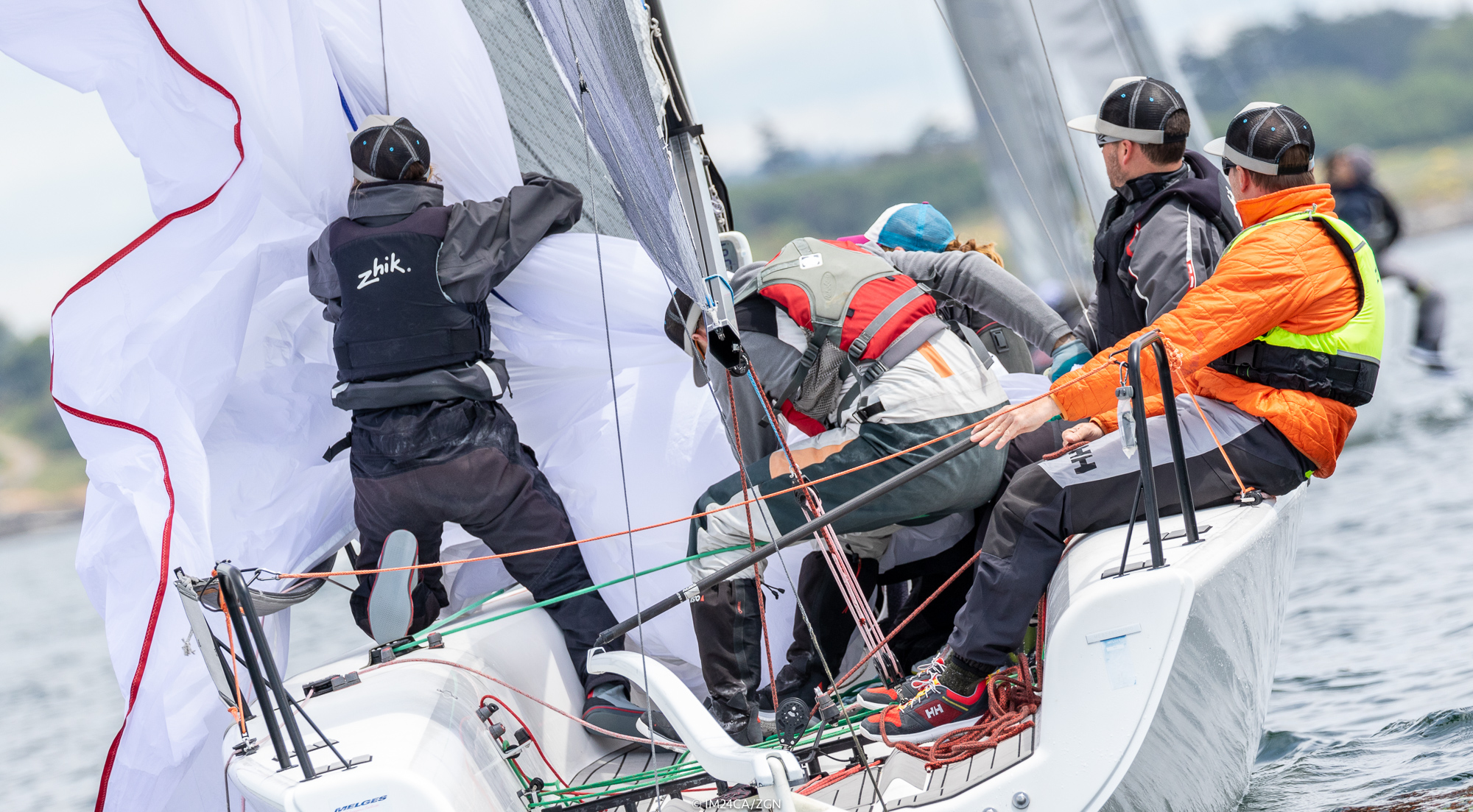 Third day of racing at the Melges 24 Worlds in Victoria will start with a first signal scheduled at 11am. Thursday evening the Royal Victoria Yacht Club will hos a World Championship Dinner for all the teams participating the Worlds in their beautiful club house. 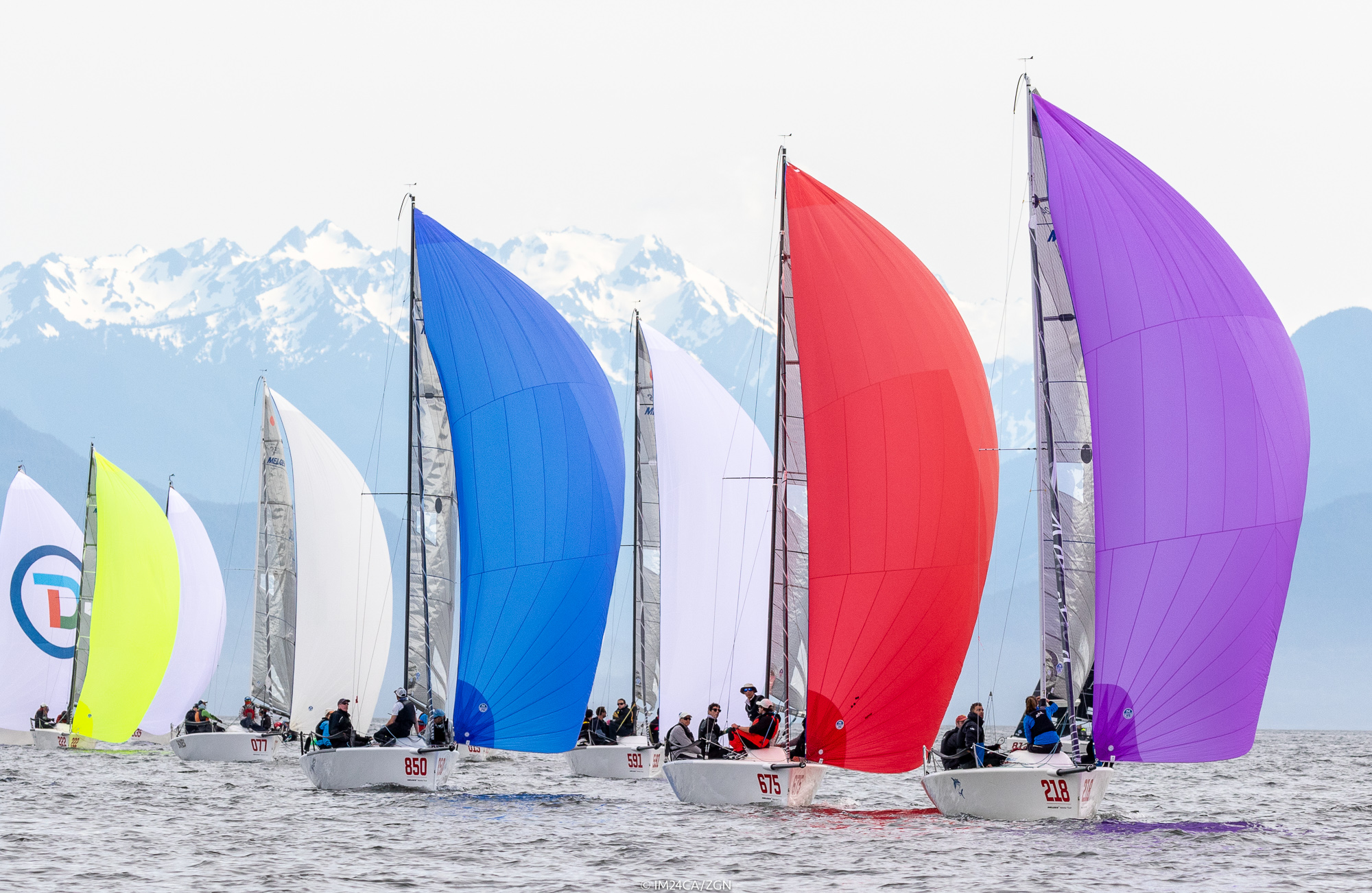 Sailing on Day Two of the Melges 24 World Championship 2018 with the Olympic Mountains in the background.- Photo (c)IM24CA/Zerogradinord