2018 Melges 24 European Sailing Series: Consistency Pays Off for Maidollis on Day One in Torbole

June 29, 2018 - Torbole, Italy - It's again Garda Lake for the Melges 24 fleet that, from today and for the upcoming weekend, will be racing at the third event of the 2018 European Sailing Series. 46 crews from 13 countries from all over Europe and also from the USA have gathered in Circolo Vela Torbole to start testing the race course of North Garda Lake, where the Melges 24 Europeans will take place on August 3-10.
In the morning when the Melges 24 sailors had the Skippers Meeting on the Circolo Vela Torbole's terrace  with a beautiful view, where the Chairman of the club, Giampaolo Montagni welcomed the international Melges 24 fleet: "The combination Melges24 / Circolo Vela Torbole is inseparable. The tradition of this collaboration dates back to the origins of Melges24 and we are honored to host this class again. I am sure that the Club facilities, after the recent renovation, will further improve the high standard we always provided and will be appreciated by the competitors. Our regatta course is the ideal place for a high performance one-design and it we will be able to offer great regattas to all participants in this great event."
Also the new Melges 24 World Champion, the President of the Melges 24 Italian Class Andrea Racchelli was happy to greet his fellow sailors: "We are happy to return back to Torbole. This was one of the locations which contributed to the growth of the Italian Melges24 and we believe that the great participation in this event, after a particularly troubled period, represents an important signal. This area of Europe returns to be the center of gravity of the Melges24 activity and Torbole perfectly represents what the participants want: a wonderful club, an enchanted panorama, and perfect wind conditions for our boat. This regatta will be a rehearsal of the most participated show of the 2018 season, the Europeans Championship scheduled for Riva del Garda in August."

The typical wind that blows in the afternoon from the South in Garda Lake, called Ora, was the driver of the three regattas completed in the first days of racing.

The first bullet of the series was scored by the 2017 World Champions - Carlo Fracassoli, Enrico Fonda, Stefano Lagi, Gian Luca Perego and 2018 World Champion Matteo Ramian on board of Maidollis ITA854 that, with partial scores of 1-5-3, is the most consistent boat of the day and gains the provisional leadership of the overall ranking. 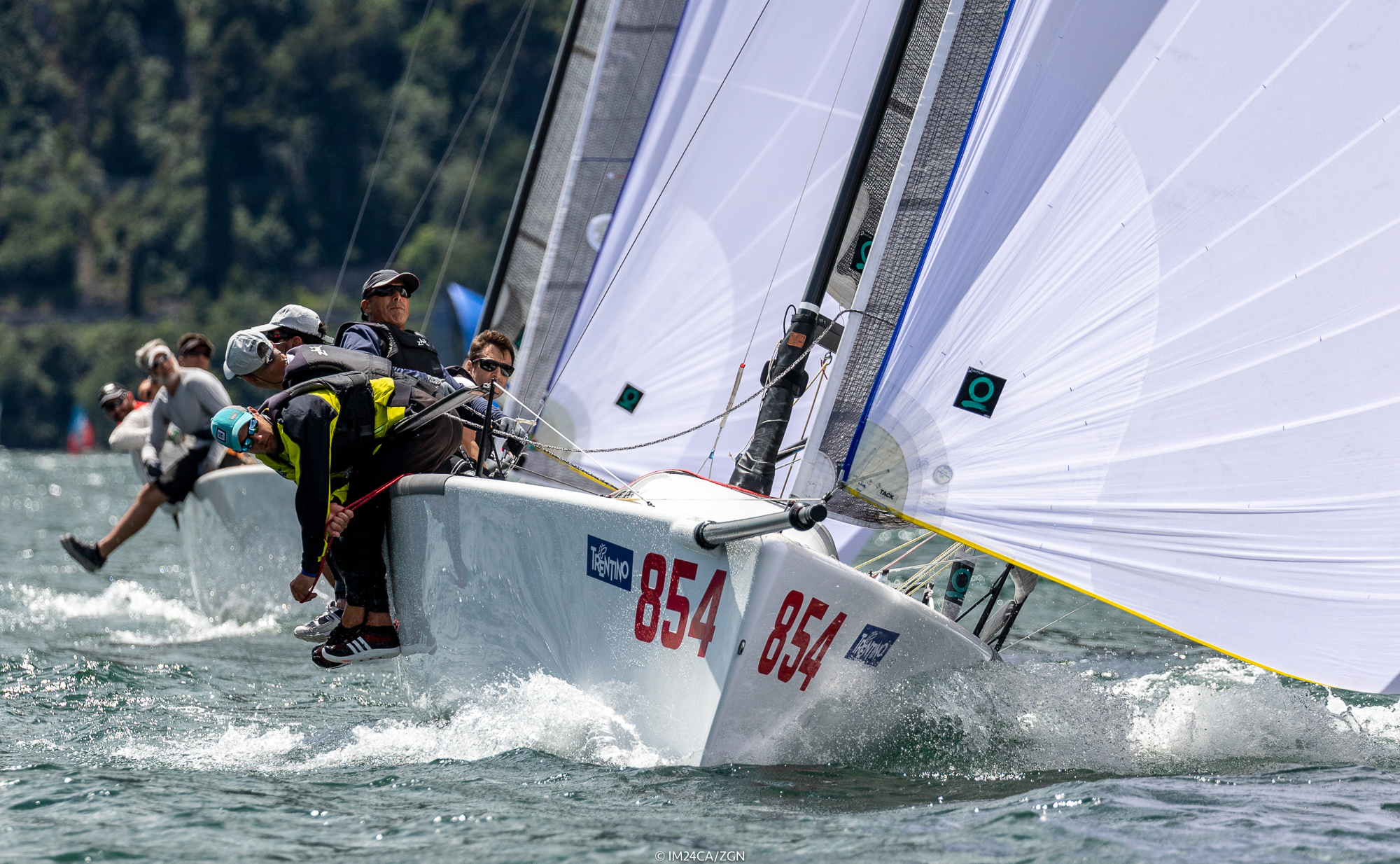 Maidollis ITA854 with Carlo Fracassoli in helm scores 1-5-3 today and is the most consistent boat of the day and gains the provisional leadership of the overall ranking. Photo (c)ZGN/IM24CA
The second victory of the day went to the reigning World Champions of Altea ITA722 by Andrea Racchelli (UFD-1-20), while the third and last regatta was won by the crew of Arkanoè by Montura ITA809 (UFD-6-1) racing in the event for Torbole for the first time not in the Corinthian division and with former Slovenian Olympic sailor Karlo Hmeljak calling tactics. 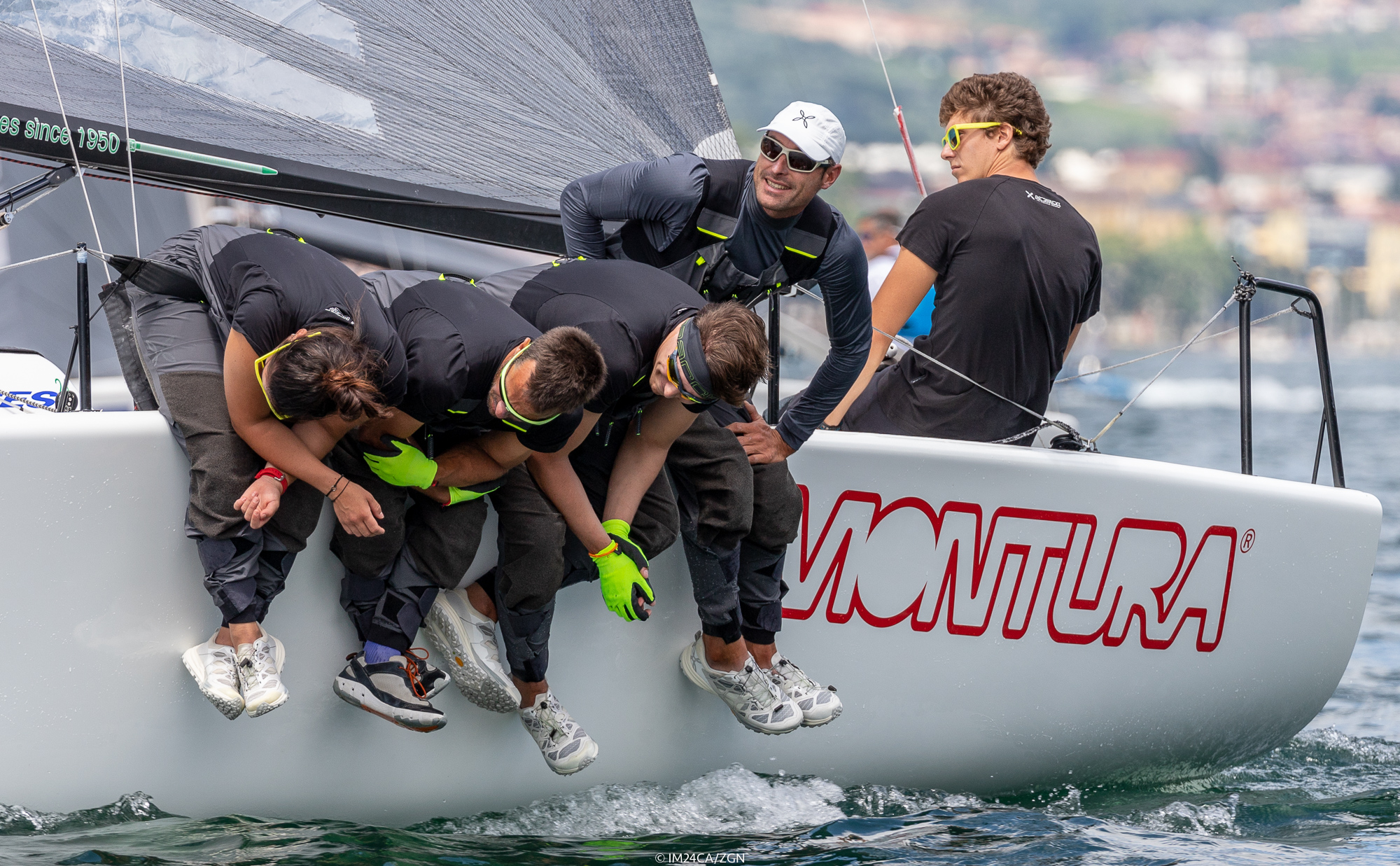 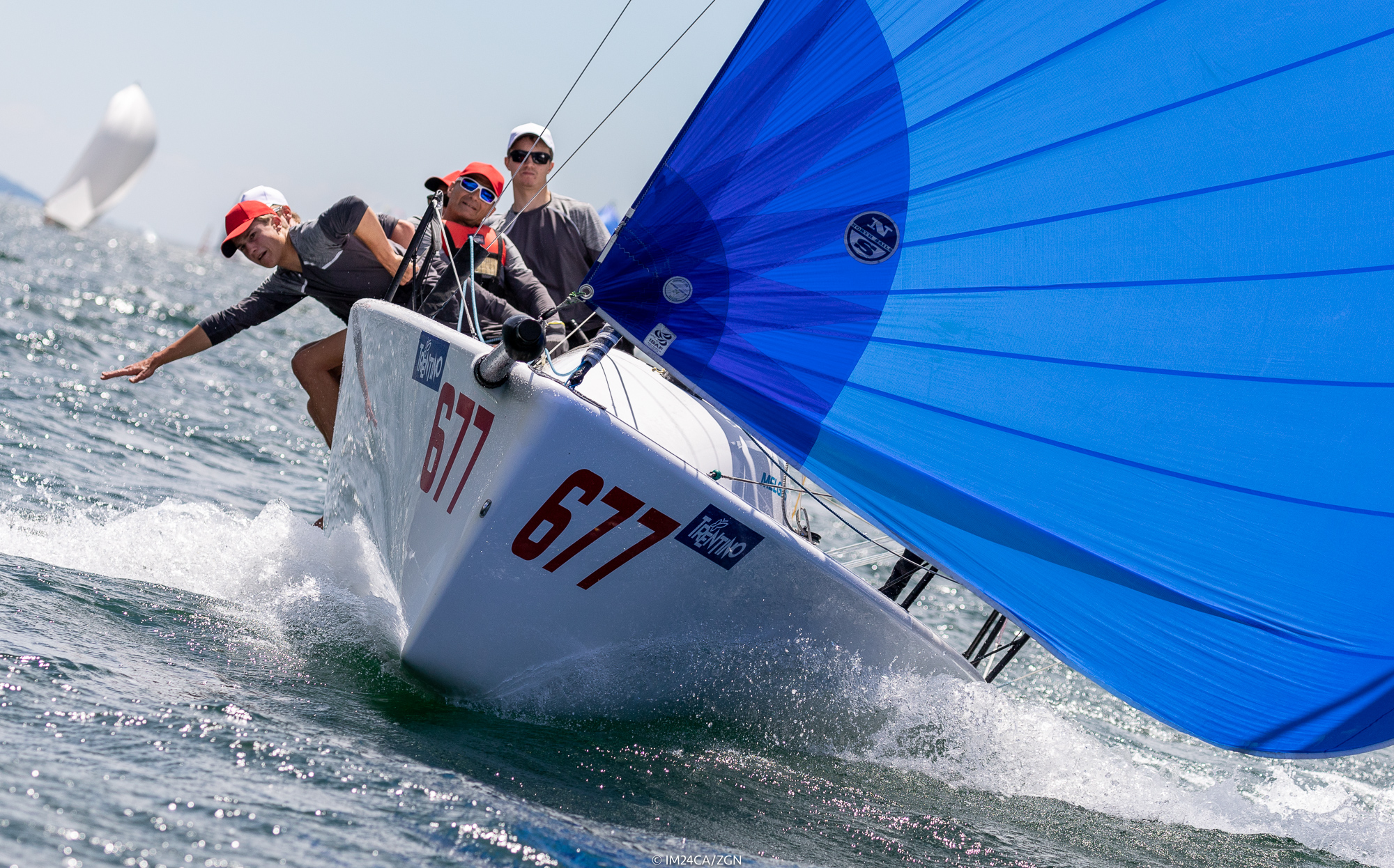 White Room GER677 (2-3-13) by Tarabochia family is the second in overall, but leads the Corinthian division.
Photo (c)ZGN/IM24CA 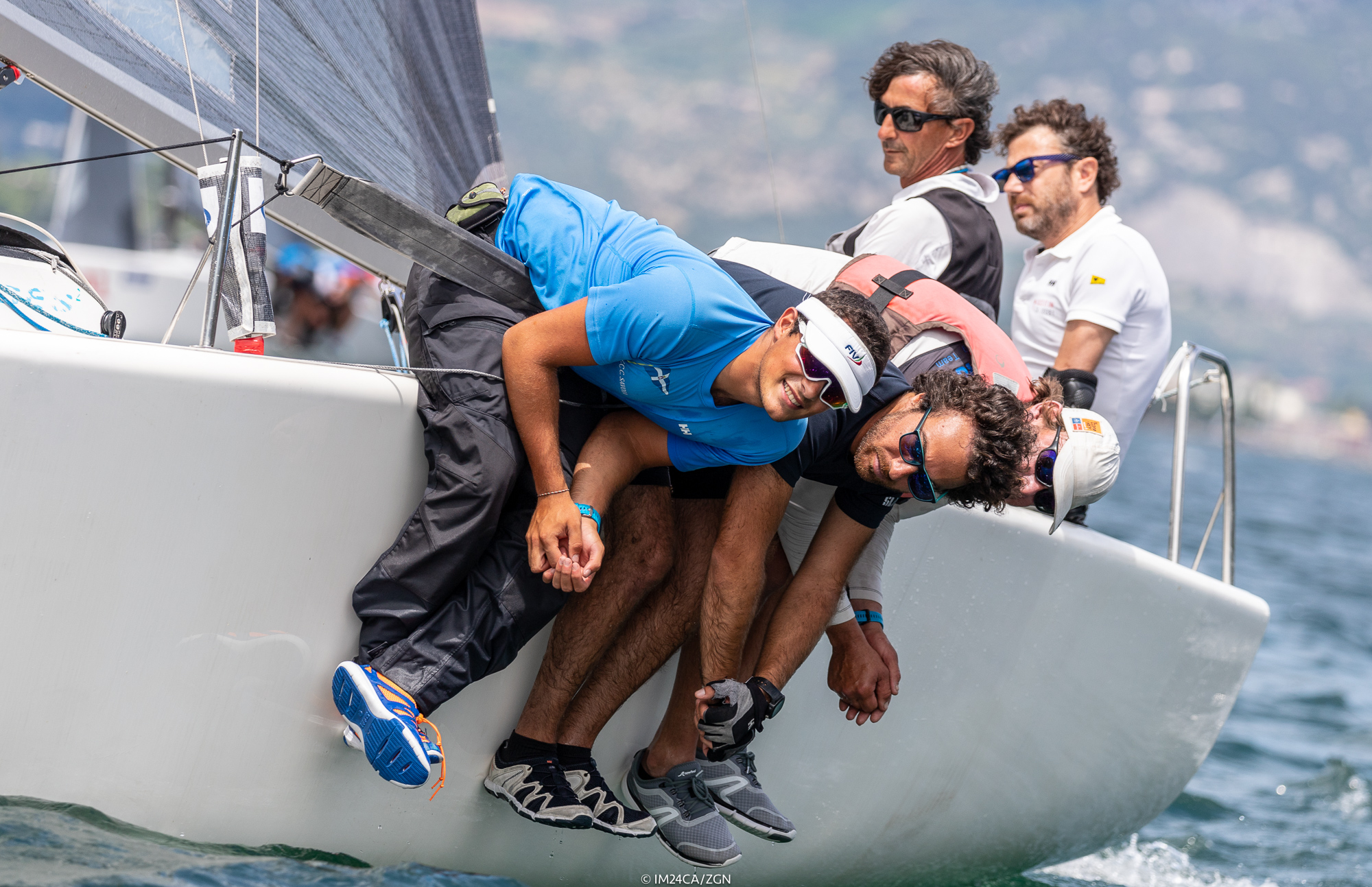 Second place in the Corinthian standings is occupied by the Eddy Eich's team on Musto Racing GER803 with Olli Oyzyc in helm and provisional podium is completed by the 2016 and 2017 World Champions of Taki 4 ITA778 (4-27-5) with Bertola-Fossati tandem aboard.

Tomorrow races will resume at 12.00 and it will be again the Ora to set the pace of the second day of racing for the Melges 24 fleet in Circolo Vela Torbole. 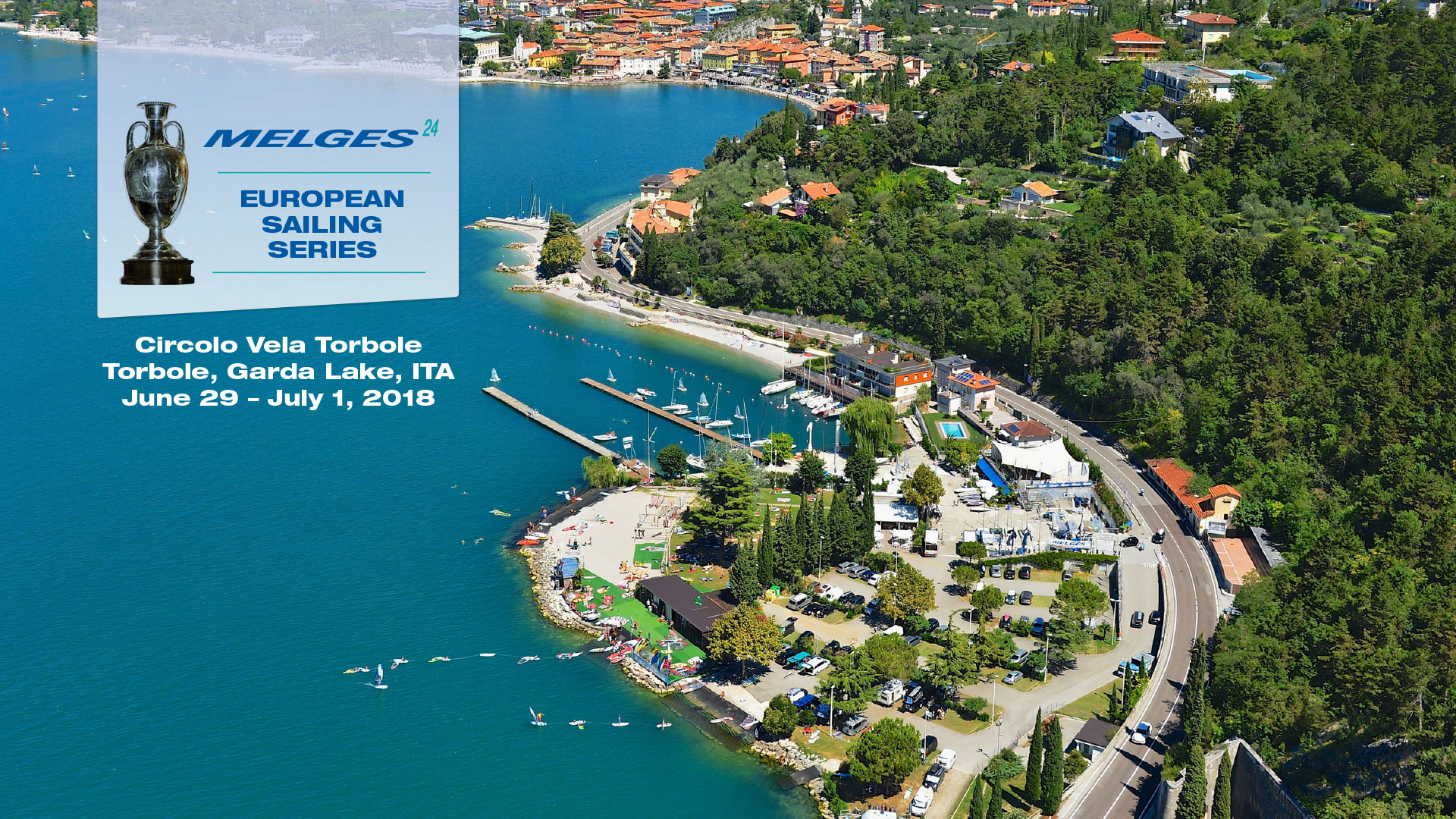