October 1, 2018 - Tallinn, Estonia -  Melges 24 Open Estonian Championships were held in the Kalev Yacht Club, Tallinn (the venue of the Melges 24 Worlds 2010) on September 28-30, offering excitement and tension until the last race, because just during the last race, the fate of the Championship became clear. The Championship titles were grabbed by Tiit Vihul, Martin Müür, Lauri Kärner, Ago Rebane and Marilyn Koitnurm sailing on boat Rock City. 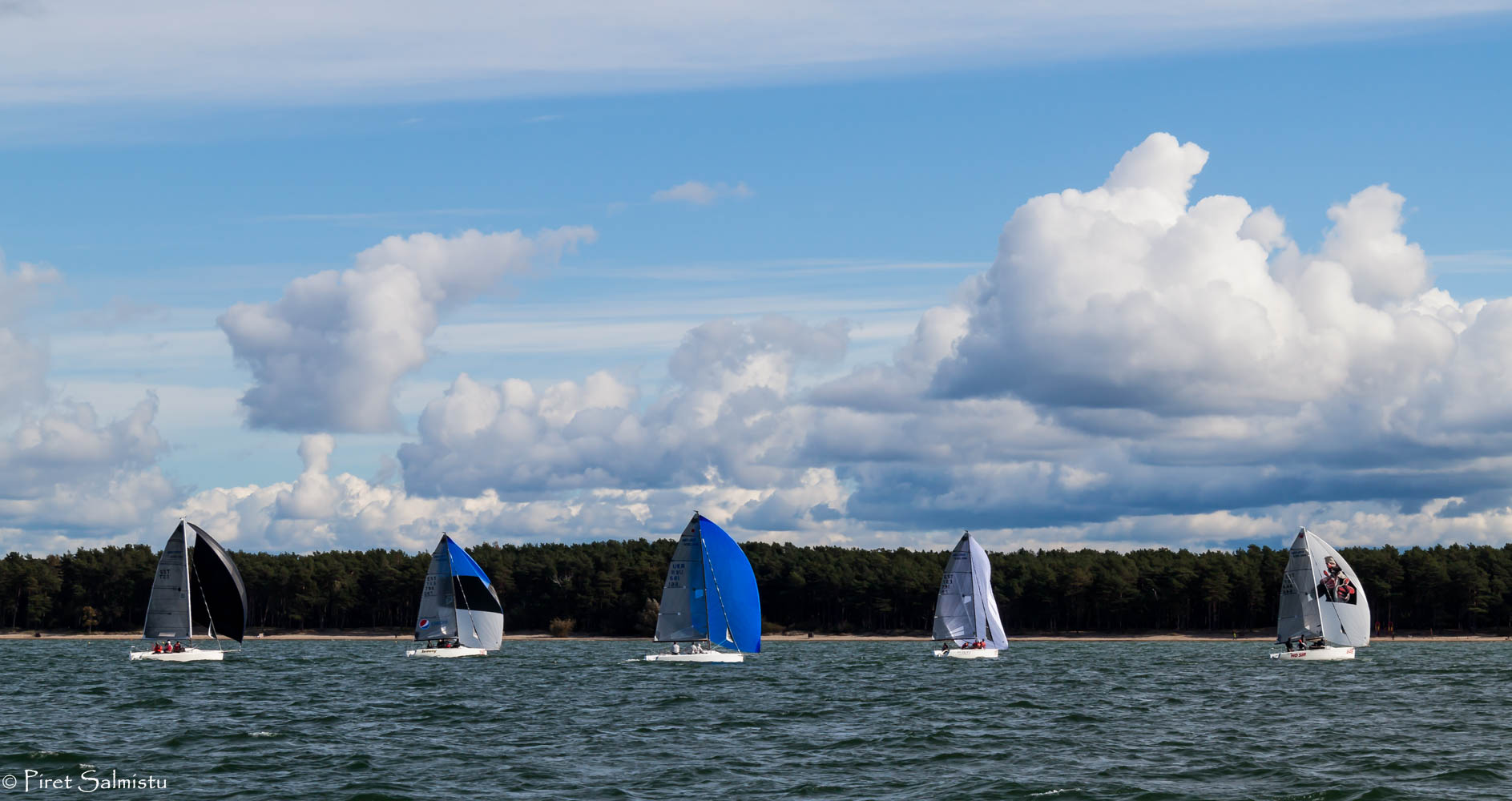 The regatta was attended by four teams from Estonia and one team from Ukraine – Barmaley/Vera UKR661 by Vasily Gureev, who used to sail the events of the European Sailing Series. The sailors of these teams do have to show an astonishing number of titles and achievements from various classes and disciplines this year's international sailing competitions. 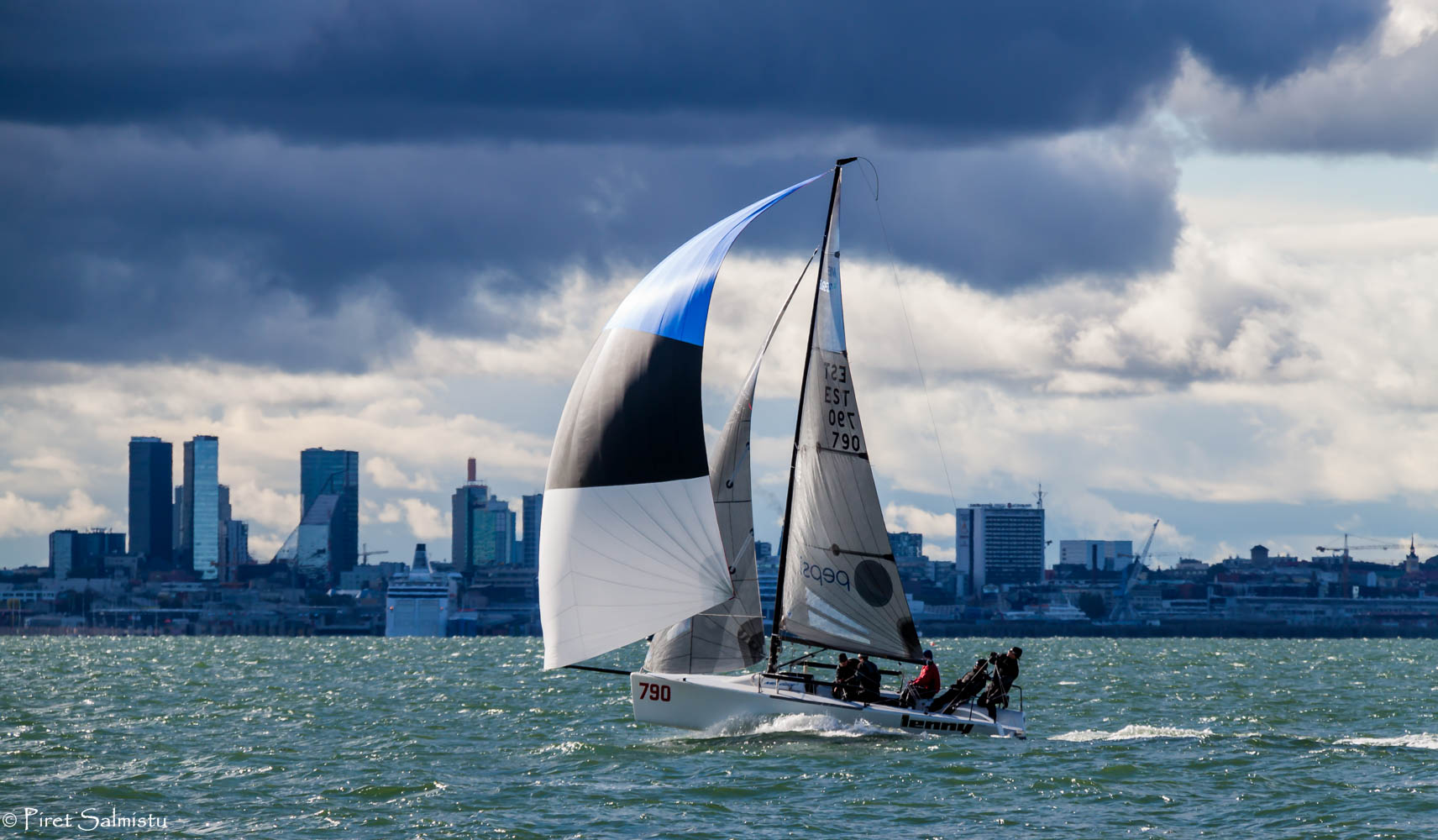 The first day of the race began on Friday afternoon in sunshine with the westerly wind of 7 m/s. Two races were held, which stretched the yachts to the ranking of one-point spacing led by Tõnu Tõniste’s Lenny. 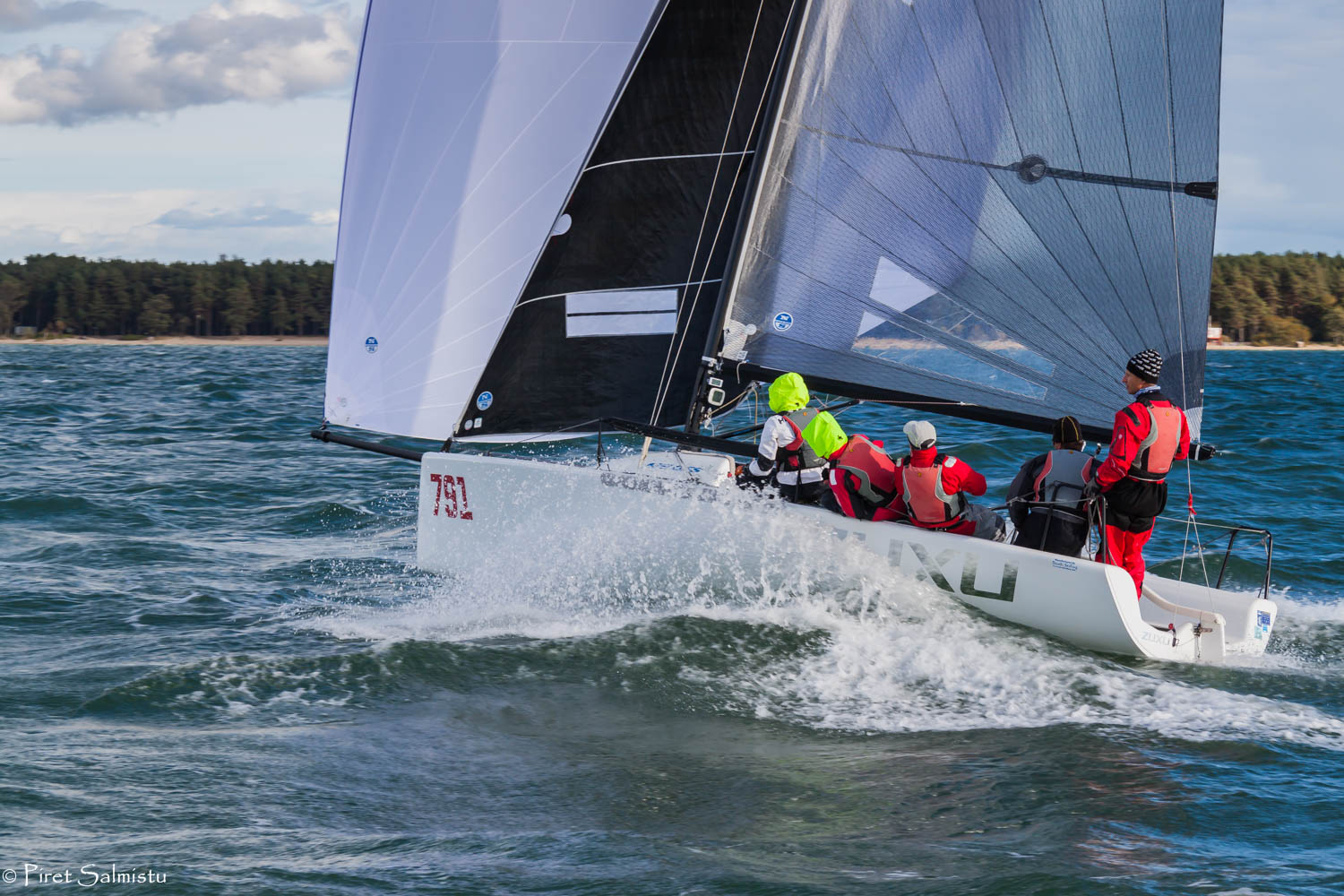 The second day began also with the sun in clear blue sky, but with very shifty westerly winds of 7-8 m/s. Three races were quite successfully executed when attacking black clouds led to heavy rains and raised the winds to 12-13 m/s with strong gusts, forcing the PRO Andres Talts to stop the starting procedure, as the wind shift was too heavy to continue. Nearly an hour took for the wind to stabilize before the new start was given after the reconstruction of the race course, but also this time it was not possible to sail the entire race. Before the end of the first lap, the wind shifted again about 30 degrees to force the race to be abandoned. Finally, a race with winds of 8-10 m/s was sailed before 5 o'clock in the evening. 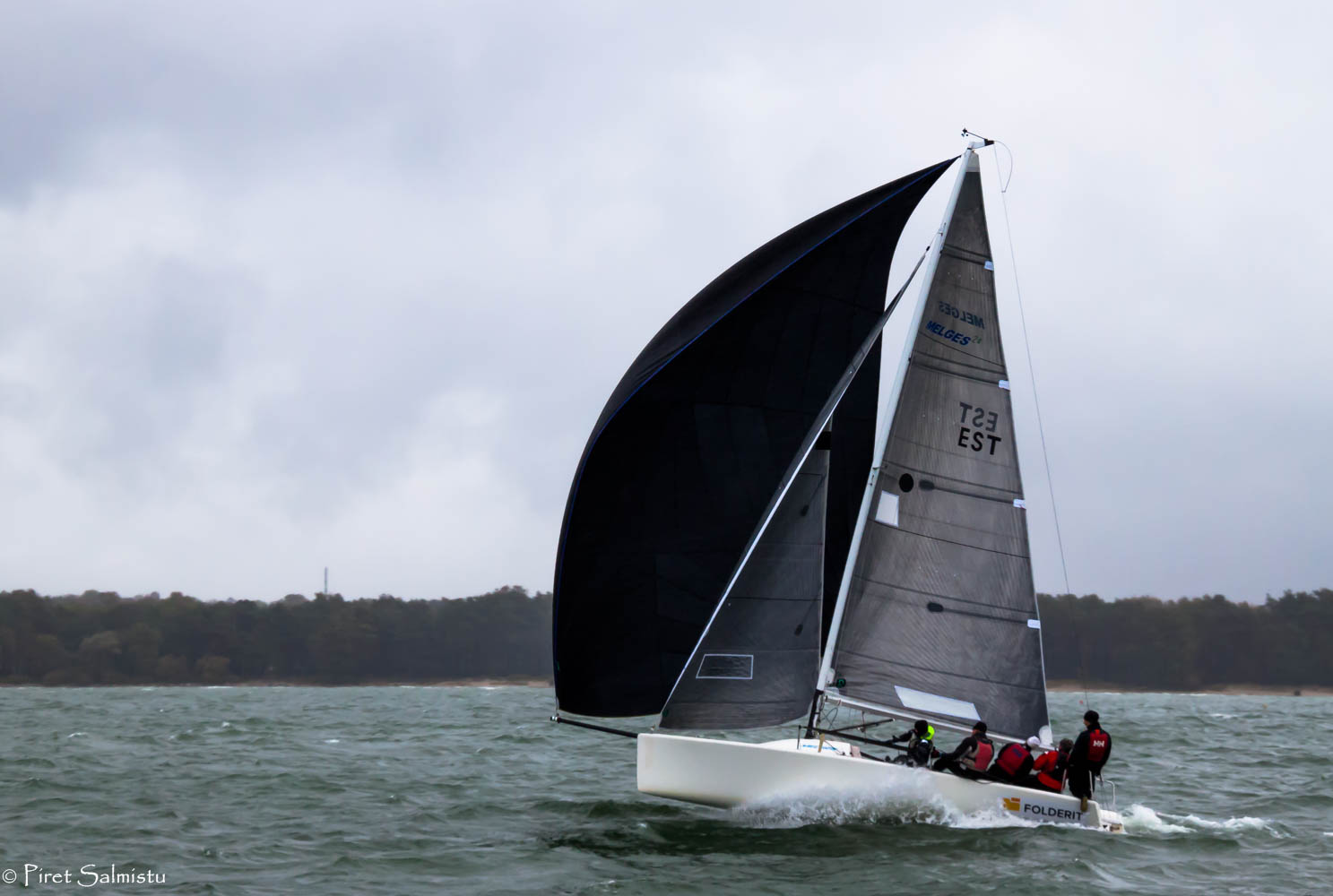 On the second day, Tiit Vihul's team Rock City, who collected two first and two second places, took the lead in the ranking. One point behind finished the second day Peter Sharashkin's team on Zuxu as second, and Tõnu Tõniste's Lenny as third, two points behind. On the fourth place ended the second day Ukrainians on Vera with Vasily Gureyev in helm, and on the fifth place was Tõnis Haavel’s team on Yes Sir No Sir. 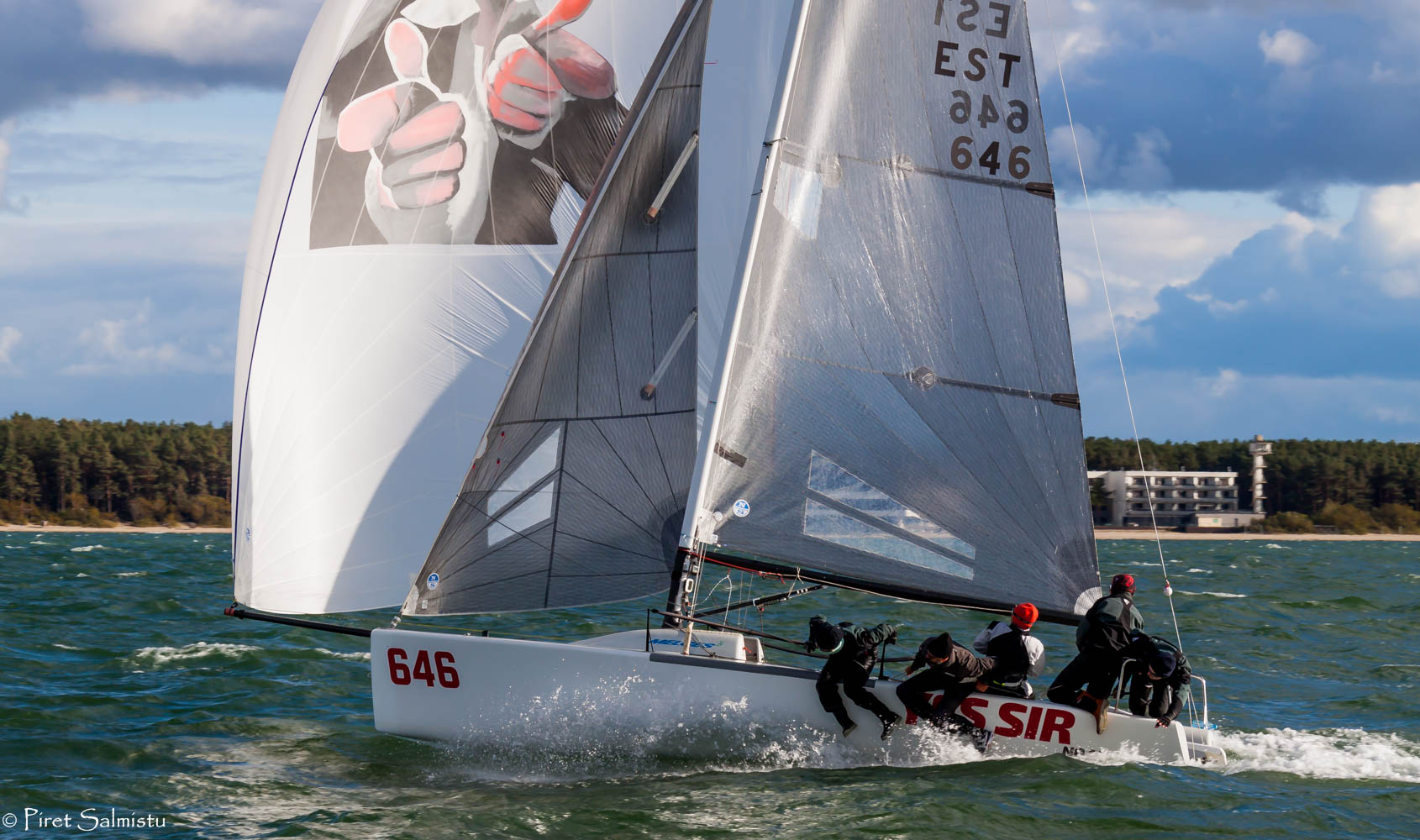 The third race day showed the sailors a completely different face. Average wind was of 10-12 m/s, it was raining, and in the sky was as gray as it can be. Fortunately, the wind was steadily blowing from the same direction. Lenny took the bullet from the first race, but Zuxu, who took second place, now became the leader with an equal number of points with Rock City. The next race went also to Lenny, Zuxu was second and now Lenny took the lead over Zuxu with an equal number of points, just with one point margin ahead of Rock City. So everything was unresolved before the last race. All three podium yachts went to the final race to chase the title. This opportunity was realized by Tiit Vihul's team on Rock City, taking a very strong bullet with a nice margin from this race. Side by side, Zuxu and Lenny crossed the finish line, but with second place from the final race Zuxu secured also the silver medals of the Estonian Championship, scoring an equal number of points with the winner. This time Lenny finished third and got the bronze medals of the Championship. Ukrainian Vera came fourth, and Yes Sir No Sir fifth. 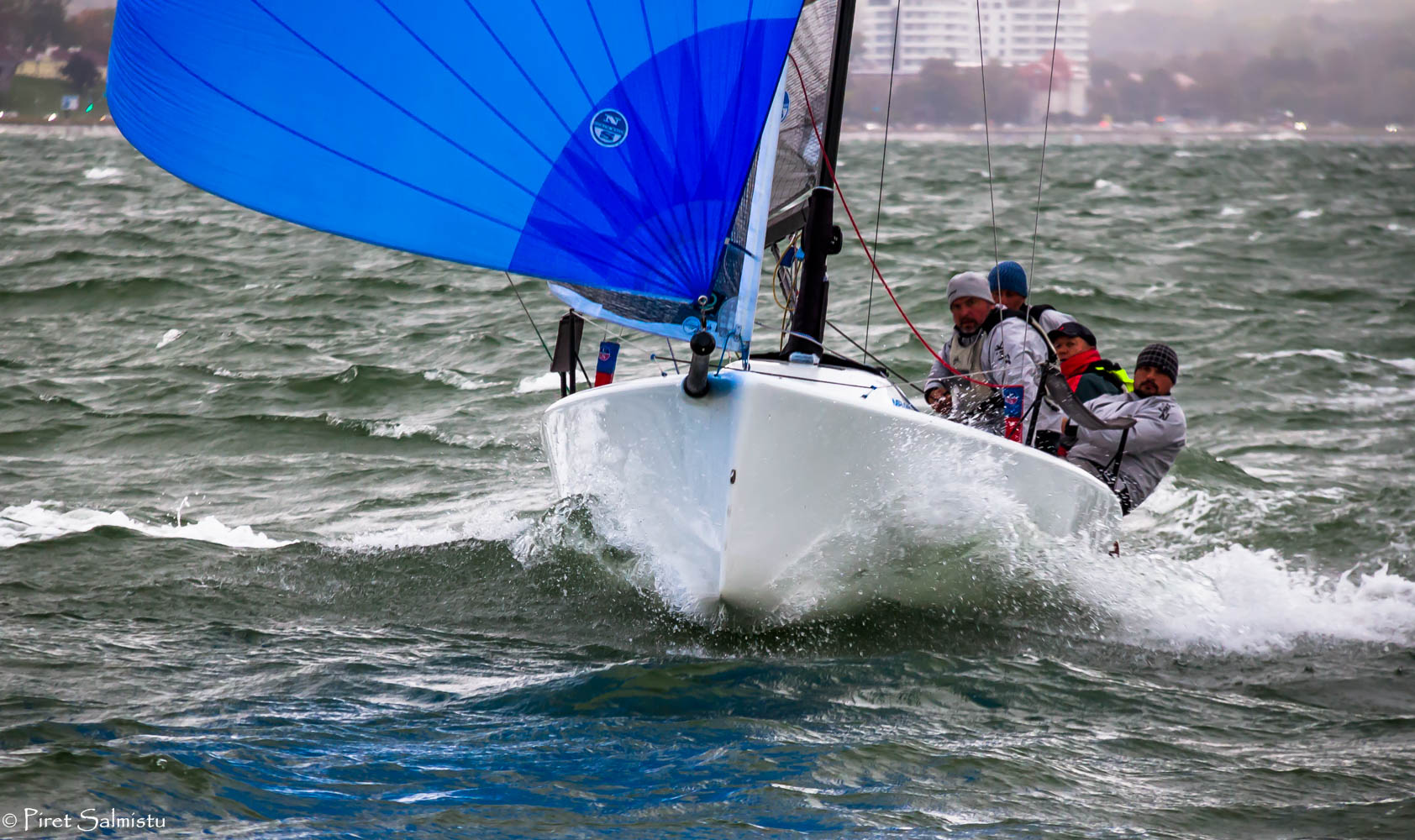 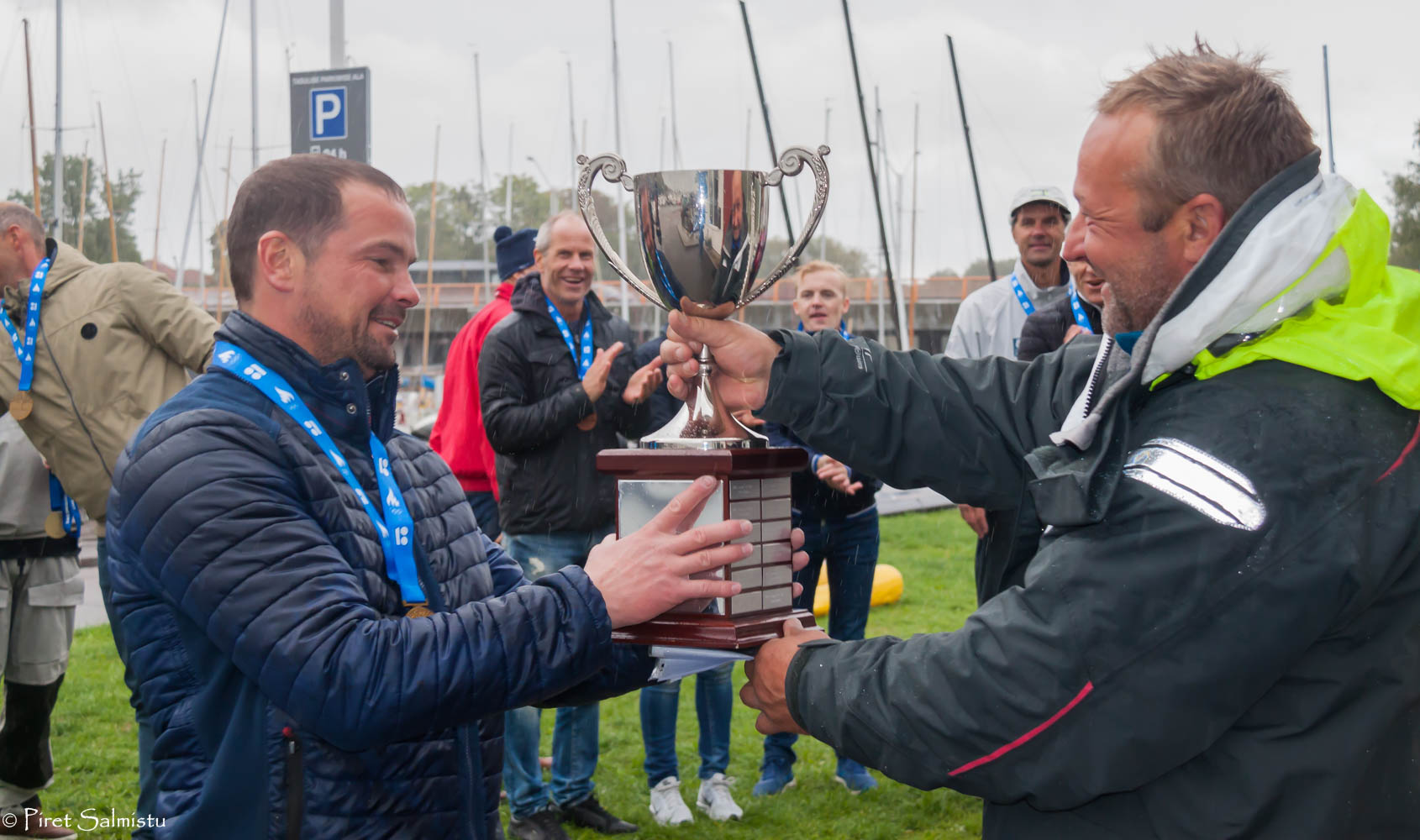 Tiit Vihul, the helmsman of Rock City and the newest Melges 24 Estonian champion, said after the race, it seemed like we were losing our position and victory after the first two races of the day. "Before the last race, we calculated the points and saw that everything is still possible! And in reality, it happened as we thought in our minds - when Lenny is third, Zuxu is the second and we are first, we will win. It was a very cool championship and to helm Melges 24 again after five years, was an unforgettable feeling! The first couple of upwind legs were still awkward, but all came out very promptly. The weather was wall-to-wall and it made the competition very interesting. A few years ago, the team members of Rock City were almost the same like now - Martin Müür, Lauri Kärner and Marilyn Koitnurm, only Indrek Ulla was missing replaced by Ago Rebane. The competition was extremely tight, because everyone in this fleet is a strong sailor, and we would not have been able to expect to win even in our best dream," said Vihul joyfully. The Rock City team has won the Estonian Champion title twice before. 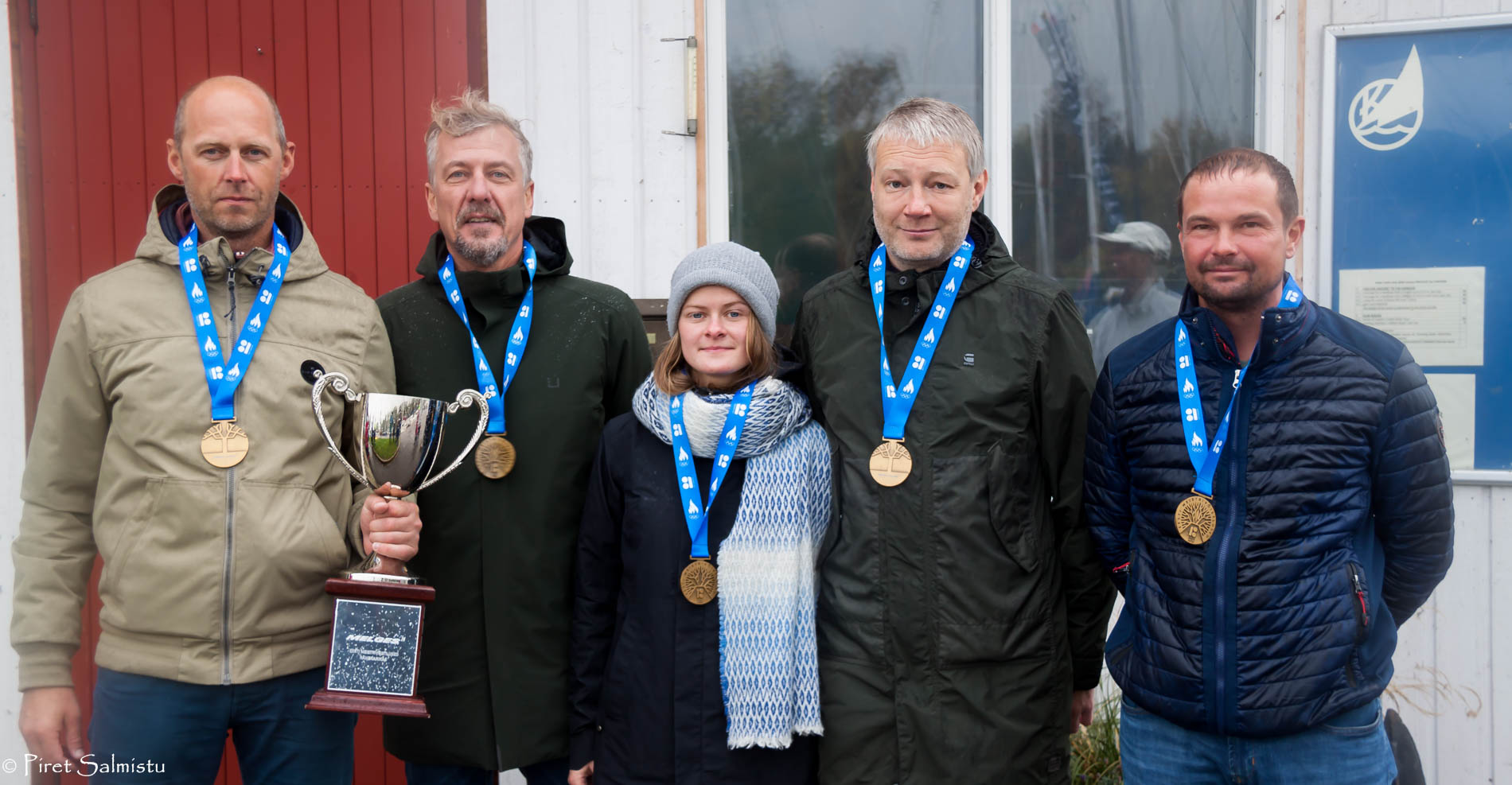 It was a very nice opportunity to award Ukrainian team Vera helmed by Vasily Gureyev during the prize giving with the medals of the 2017 Melges 24 European Sailing Series, where they were ranked as the third best Corinthian team. But as they were not present in Luino in October 2017, they got the well deserved medals in Tallinn.

It was an extremely exciting competition where nothing was clear before the last race and sailors enjoyed both cool conditions and enjoyable racing. 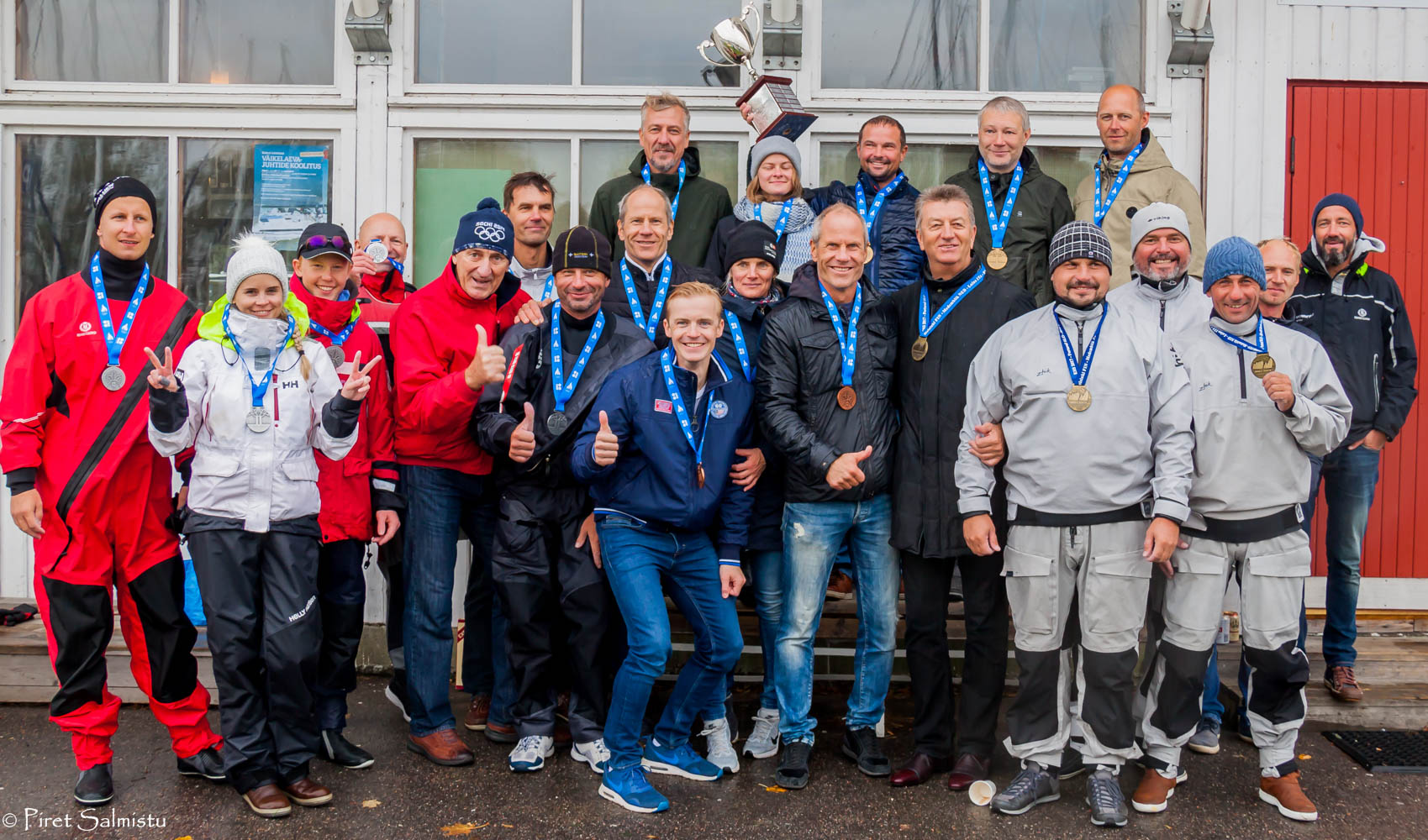