September 17, 2017 - Medemblik, the Netherlands - The final day of the Delta Lloyd Open Dutch Championship in Medemblik saw the last three races of the event for Melges 24 fleet and comparing to yesterday, no changes were made to the podium places. Hungarian FGF SAILING TEAM kept their track to victory, while Dutch Team KESBEKE/SIKA/GILL secured their second position and GILL RACE TEAM (GBR) was consistent enough to complete the podium as third.

This was an early morning for Melges 24 sailors in Medemblik as the racing for their course for rescheduled to start one hour earlier due to the face that the last race of yesterday was abandoned for another classes - SB20s, Ynglings and J22s - on the same race course. The morning in Medemblik was really quiet, but the wind was picking up by 10 am when the first start of the day was given to Melges 24s. In the wind of eight knots wind gusts of ten knots two races were sailed in fairly good conditions. For the start of third race the wind started to weaken already, but it was still a fair racing until the second part of the first downwind leg when there was hardly four knots wind left and the Race Committee led by Marcol de Klerk was forced to shorten the course and take the finish for Melges 24 fleet at the downwind gate. It was a fair decision as the gennakers were falling in and three boats decided not to finish that race due to the unreachable time limit. 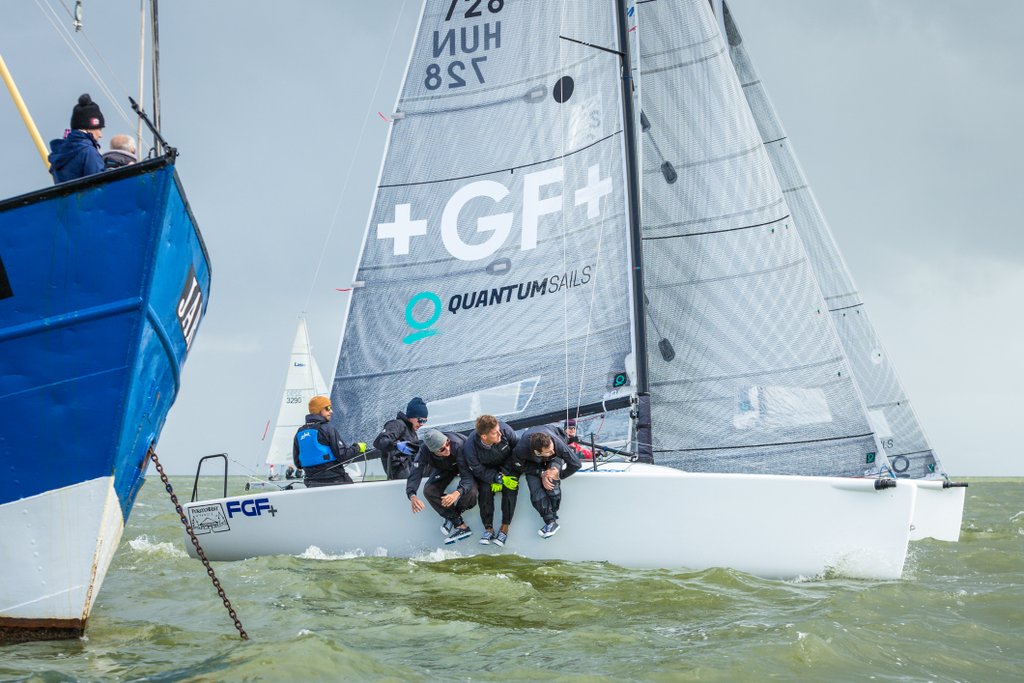 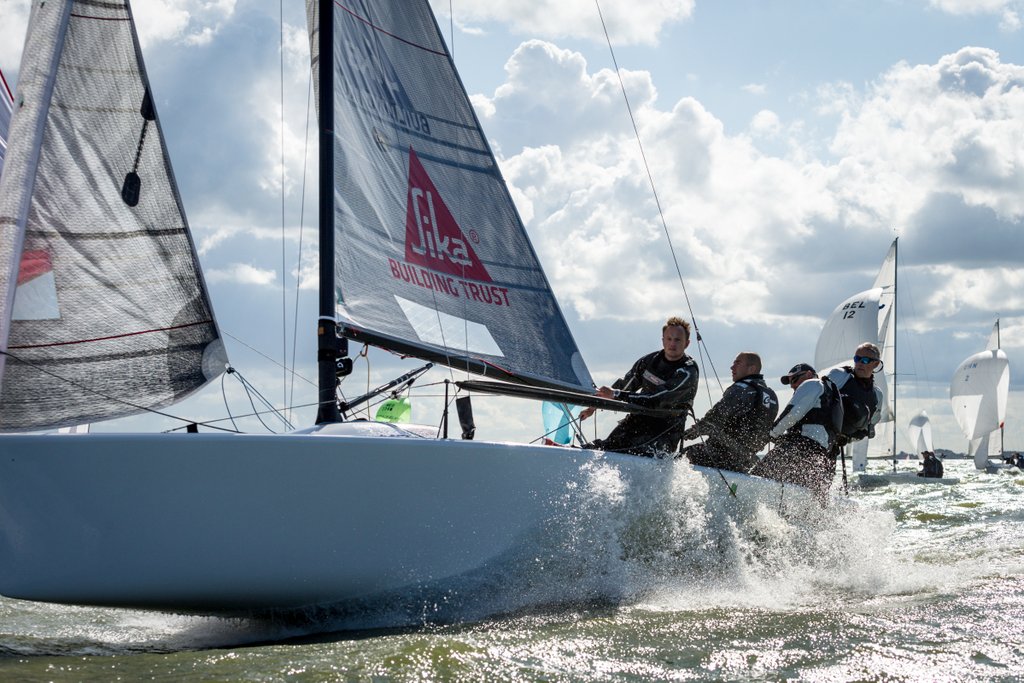 It was a close racing between 2017 Worlds' sixth - winning Hungarians and local Eelco Blok's TEAM KESBEKE/SIKA/GILL (NED827) with Ronald Veraar in helm. Six points separated local team from the winners with final score of 2-2-3-2-1-(6)-4-1-2. The helmsman Ronald Veraar was really happy with the racing and with the job of Race Committee. "Although we had only nine boats here, it was great that Race Committee kept the starting line short and race course short and gave us more up and down sailing. In frank, it was close racing and a lot of spot changing. We finished all within one minute almost each time. The level was quite close to each other except for FGF Sailing Team who was always a little bit in front. I was happy with our crew which was half new here as two members could not make it this time. The new guys sailed Melges 24 5-6 years ago and I was really happy how it went." 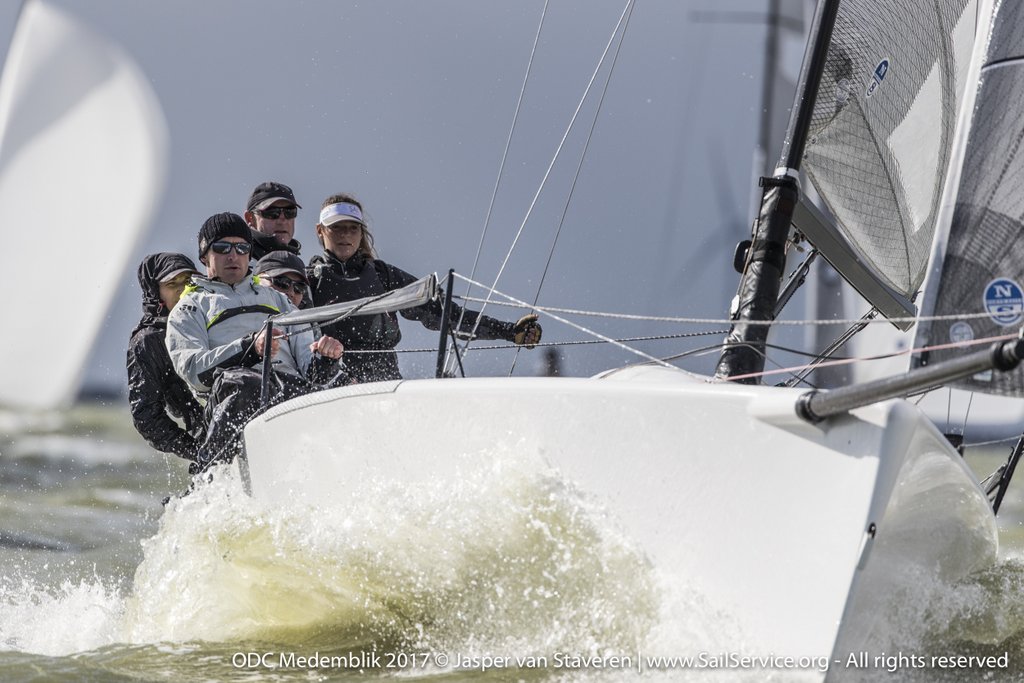 Miles Quinton's GILL RACE TEAM (GBR694) with Geoff Carveth helming had a battle to complete the podium with another Hungarian team - Akos Csolto's SEVEN-FIVE-NINE (HUN759). When GILL RACE TEAM scored 5-3-4-1-3-3-5-4-(6) and eleven points was separating them from the second place, then Hungarian team finished the event five points behind as fourth. 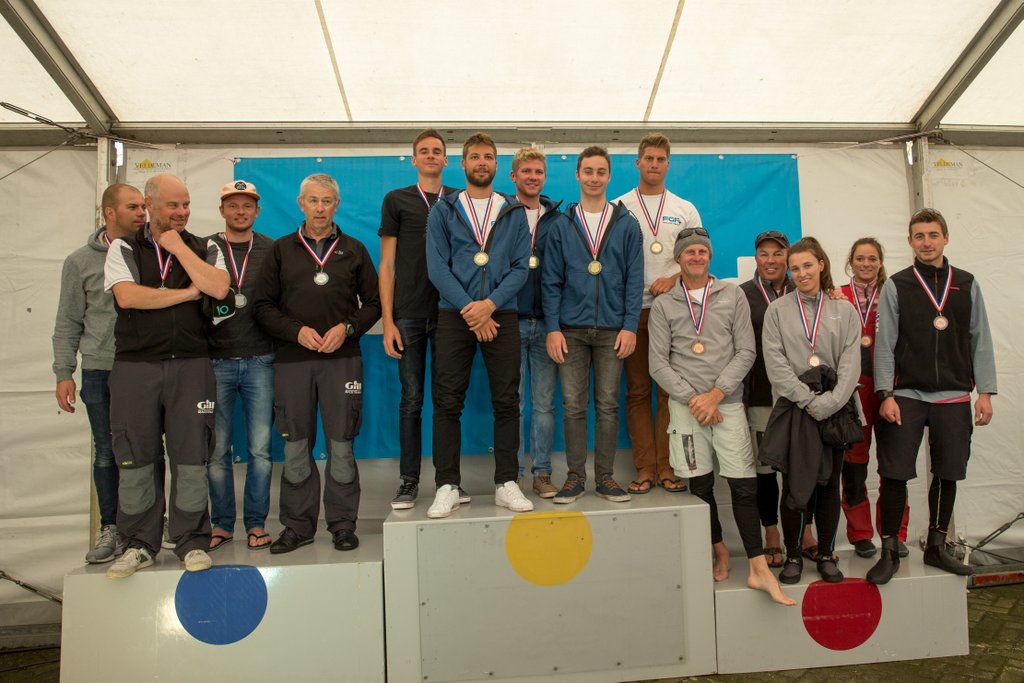 Also David Pinner's KISS (GBR645) was performing consistent and well to get higher placement than sixth, but the crew injury on the first day forced them cancel one race and today they were not lucky to finish the last race while the wind was dying and the finish line was far enough to end the race within time limit. Melges 24 fleet was lucky enough to end the racing just before heavy rain started, wind dropped dramatically and was too shifty to get the race started for other classes.

2017 Melges 24 European Sailing Series will come to an end in Luino, Italy in October with the 14th edition of the Lino Favini Cup (Coppa Lino Favini), considered also as the Melges 24 Swiss Open Championship and 4th Act of Melges 24 Italian Series 2017.
More information about the series, the Notice of Race and online registration of the events are available at melges24.com/europeansailingseries 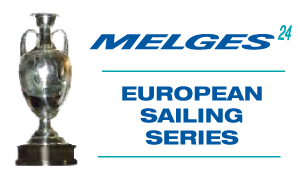