June 17, 2017 - Marstrand, Sweden - Would be hard to ask better weather conditions for sailing than they were in Marstrand today. Compared to the first day, the sailors were met with lovely sunshine and consistent westerly winds of ten to twelve knots - just a perfect day! These conditions made the mission easier for the Race Committee of the Marstrands Segelsällskap who managed four great races for Melges 24 teams being on the same race course today with the Dragon class having here the historical Apply Emtunga Cup. Two Italians - Maidollis ITA854 and Taki 4 ITA778 - had the main battle today being now top two boats on the scoreboard with a nice margin ahead of Gill Race Team GBR694. 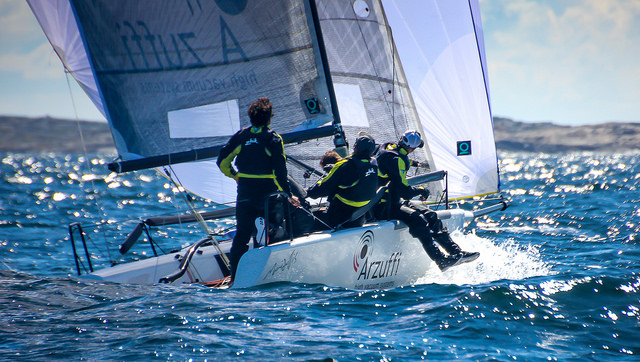 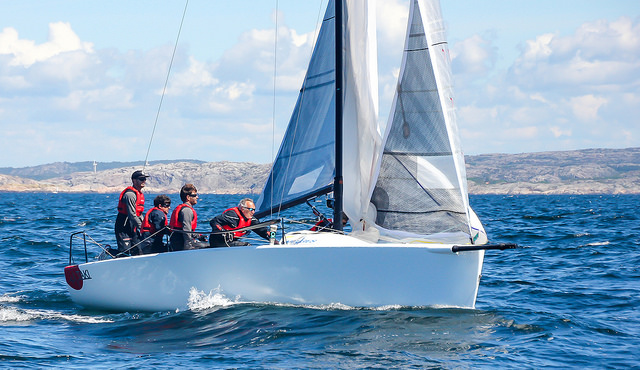 The Corinthian leader, Marco Zammarchi's Taki 4 with Niccolo Bertola in helm was showing consistent score of 1-3-4-3 today.  - Photo (c) Anna Bergkvist
Just three points behind, with eighteen points in total, on the second position now is the Corinthian leader, Marco Zammarchi's Taki 4 ITA778 with Niccolo Bertola in helm. With consistent score of 1-3-4-3 today the reigning Corinthian World champion is showing their improving strength and performance approaching the upcoming Worlds in Helsinki. It was totally different day for Miles Quinton's Gill Race Team GBR694 with Geoff Carveth in helm today. Being eleventh on the first day, they managed to score consistent 2-2-3-5 completing the podium of today. 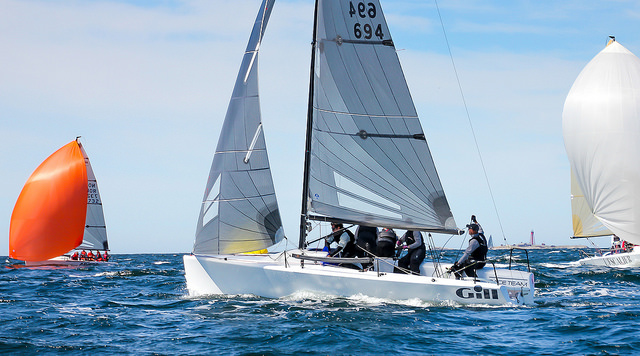 Miles Quinton's Gill Race Team GBR694 with Geoff Carveth in helm managed to score consistent 2-2-3-5 completing the podium of today. Photo (c) Anna Bergkvist
Miles Quinton, the owner of Gill Race Team GBR694, was very happy with the day and results achieved. "It was much better day today for us. Also the conditions were much in favor both for sailors and Race Committee. The course was stable today giving you also better opportunities to pass. It was really fair racing and Race Committee did a really good job keeping a good discipline and timeline. The fleet here is very competitive and it makes the competition very interesting and challenging. Both Italian teams are really very consistent and we are a bit less consistent with U.S. teams. Also it's great to see strong performance from Norwegian fleet and Danish teams. I forecast that the competition at the Worlds in Helsinki will be really fierce! We all are very much looking forward to it!"
In Corinthian division only the third position changed comparing to the yesterday's results. Taki 4 ITA778 helmed by Niccolo Bertola is keeping the leading position with eight points in total (1-2-2-1 today) and two points behind is Gill Race Team GBR694 helmed by Geoff Carveth (2-1-1-2). Tomas Skalen's Miss Devil SWE666 achieved to overall top ten ranking three times today, what brought him to the third place with twenty six points in total. 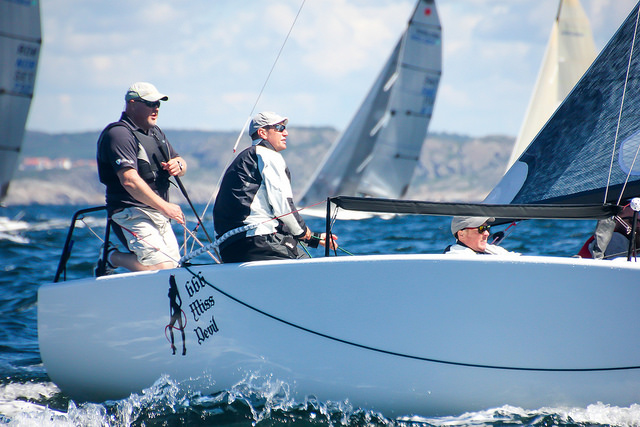 Today evening the Melges 24 teams will have a Sailors' Dinner at the restaurant Shanti-Shanti and can enjoy long daylight of the Nordic. The last day of the regatta will start with the warning signal at 9.55 a.m. Three races are scheduled and the same weather forecast for tomorrow is as good as it was today.
Full results
Corinthian results
Photos of the day by Anna Berqkvist - more will be added shortly
For media photos please contact:
Piret Salmistu
IM24CA Administrator & Media Coordinator
+372 507 7217
piret@melges24.com
2017 Melges 24 European Sailing Series consists of the six events altogether. The first event was held in Portoroz in April, the second regatta was sailed in Riva del Garda in Italy in May; the points for the third event will be collected during the Swedish and Nordic Melges 24 Championship in Marstrand, Sweden in June; the most significant Melges 24 event of the season which is also the fourth event of the series, will be held in July-August in Helsinki, Finland, where the World Champion will be awarded; the fifth event will head to Medemblik in the Netherlands and the series will conclude with the sixth event in Luino, Italy in October.
Read for more about the series at melges24.com/europeansailingseries
Event in Facebook
International Melges 24 Class Association