June 11, 2016 – Attersee, Austria – The final day of the 2016 Melges 24 European Sailing Series’ second event and Melges 24 Austrian Open Championship hosted by the Segelclub Kammersee was rewarding. Having one single race only executed during two racing days by today there were four races added to the final result taking into account also one discard. The conditions on the beautiful Attersee were all but easy and the best to read its behaviour was the Italian team helmed by Niccolò Bertola and Giacomo Fossati calling the tactics. The second in overall and the best Corinthian team came from Germany – Kicker Schäfer/Eddy Eich’s Musto Racing.

Sunday morning started with a first warning signal at 9 a.m. There was quite a nice morning breeze and everything on the water was set for the racing. After a bit frustrating Saturday without no races done the teams were so eager to sail that the first attempt to start was called back with a general recall. No wonder that the wind started to shift again and it took another twenty minutes to set the course and start the racing again. But both the sailors and organisers were happy – showing all its faces the Lake was doing his tricks in sunshine, in heavy rain, in changing wind directions etc, the wind stayed did not stop and four races were successfully executed to have the event completed and also to allow one discard of the worse race result.

24 boats from 9 nations gathered to the picturesque Attersee Lake in Austria to collect the points to the 2016 Melges 24 European Sailing Series and to enjoy a wonderful company in the very competitive Melges 24 fleet. Principal Race Officer Stephan Beurle and his Race Committee did a very good job despite the hard weather conditions. A bit of luck and a great execution was the name of the game to complete the event. 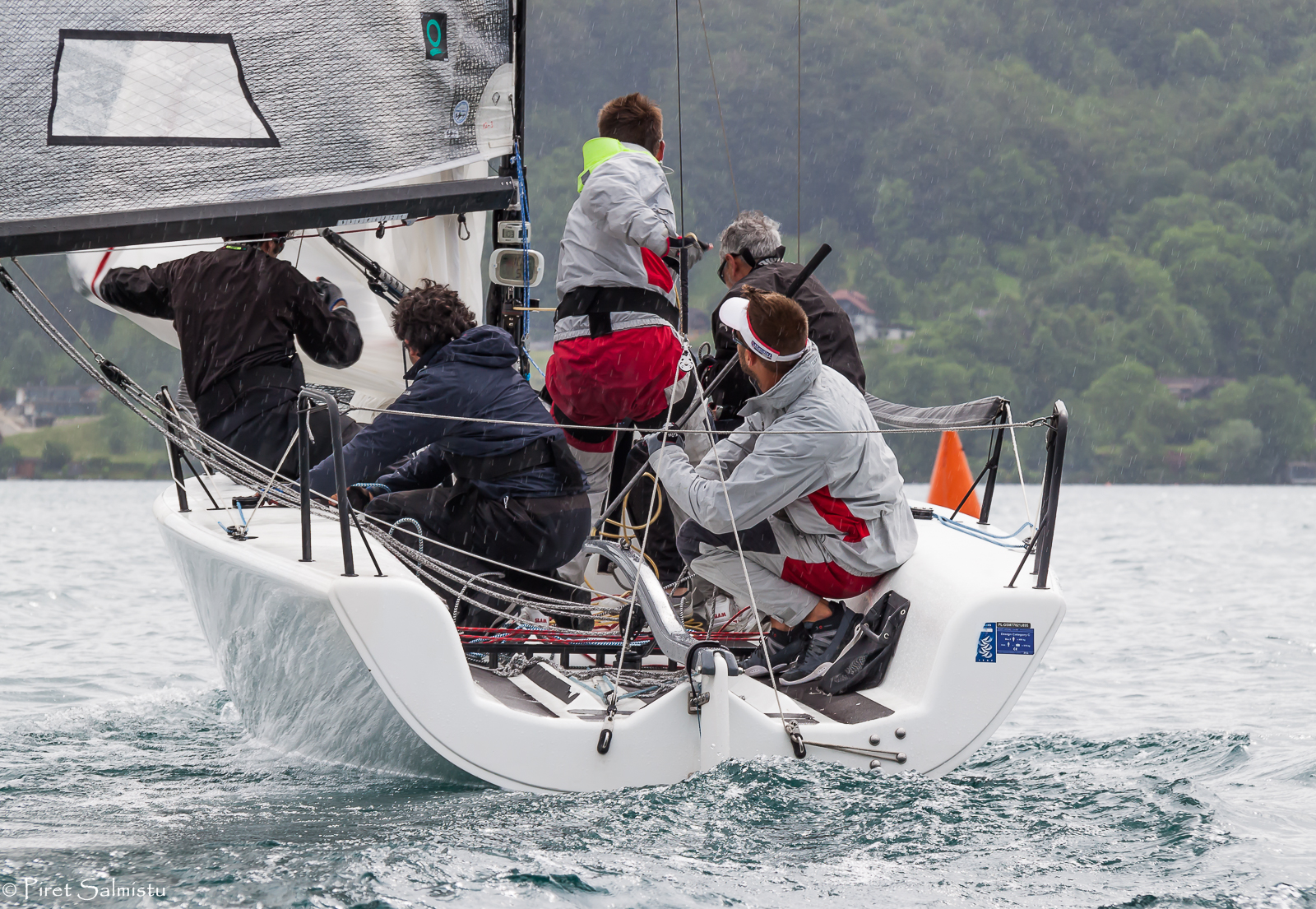 You do not need to win a race to win a regatta – this is what comes to the winner of the regatta on Lake Attersee. With a stable and consistent series of 14 points in total collecting three third places and one fifth finishing Melges 24 team from Genoa was securing their victory of the Austrian event. Coming back to Melges 24 class after two years racing mainly in Swan 42 class the tactician Giacomo Fossatti was happy about the win. “It is our first time here on Lake Attersee with Melges 24 and we have enjoyed the fair racing despite of the very tricky conditions. We were very lucky today to have four races sailed because in Italy there’s three races maximum allowed per day. Last time we sailed with this team I was helming the boat, but now Nico (Niccolò Bertola) is at the helm while I’m calling the tactics. I’m positively surprised that the fleet in North has been improving a lot and they are very competitive. We are excited to race against them during the entire season continuing in Kiel, then Riva del Garda, Hyères and Miami at the top!” 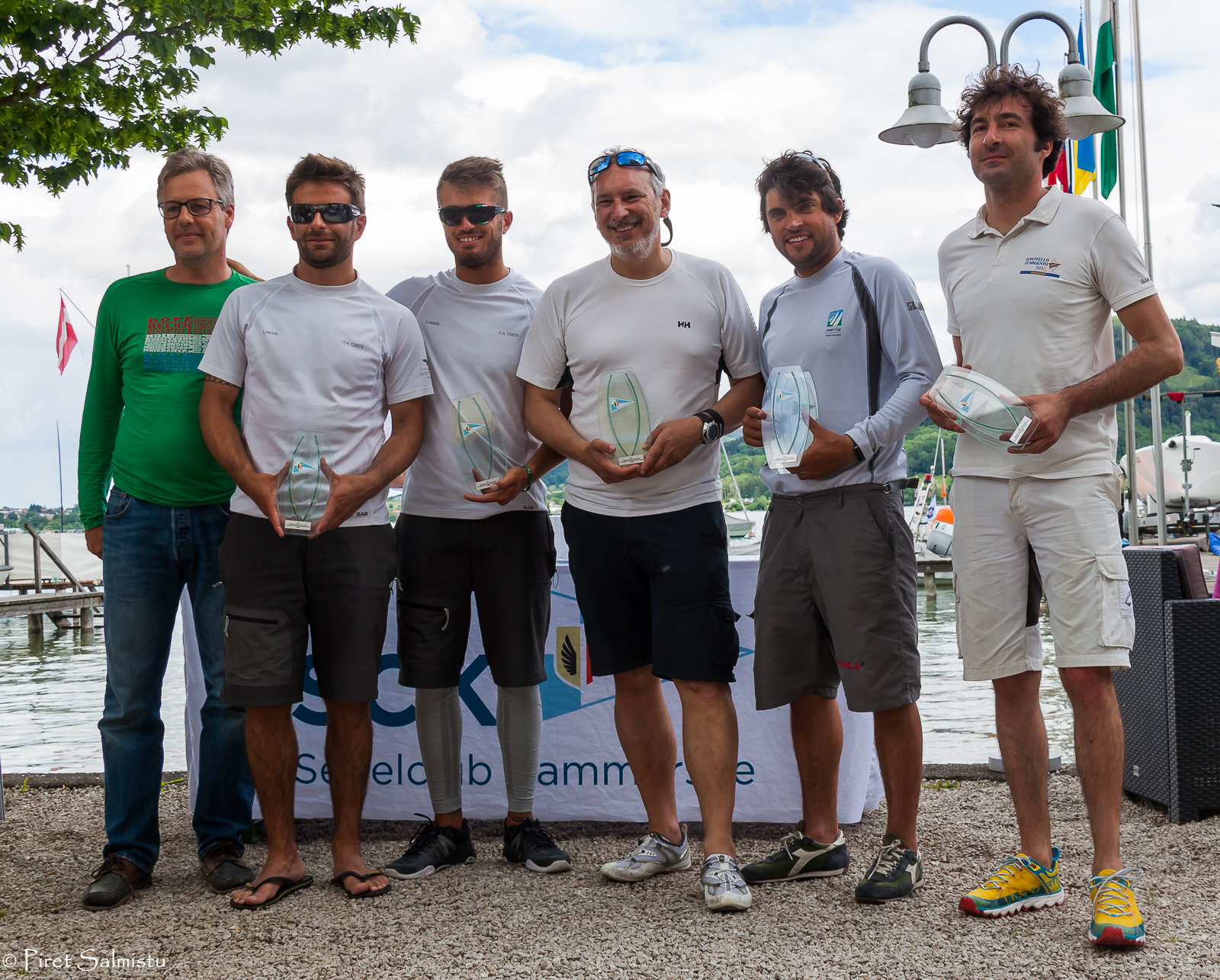 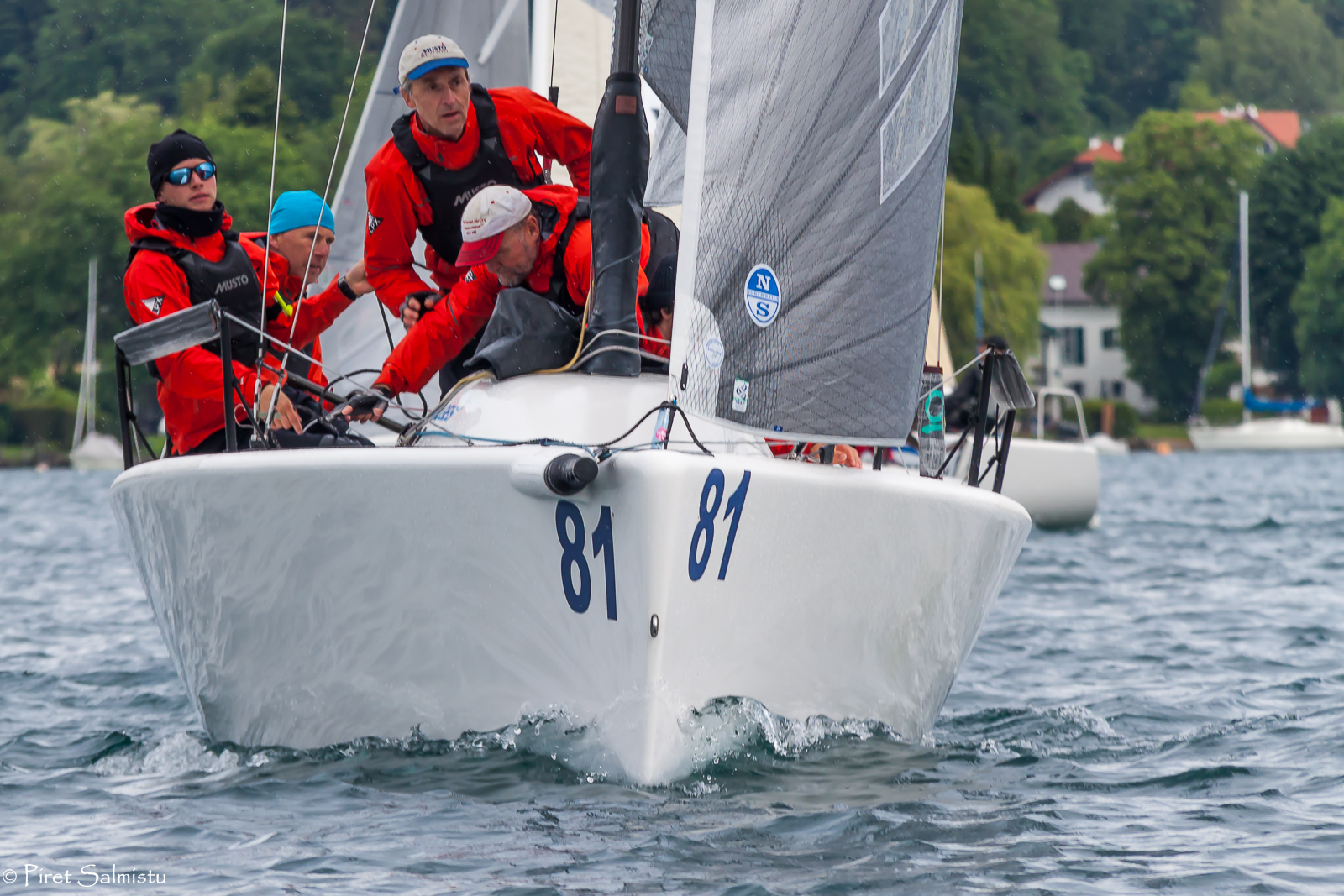 Being second in overall ranking and the best Coritnhian team, Musto Racing from Germany with Kicker Schäfer/Eddy Eich ended up with 18 points in total with one race, and collected to the rest of the series second, sixth, ninth and for the discard twelfth result. “We are quite happy with the final result as there were really difficult and tricky conditions,” said Kicker Schäfer after racing. We were very lucky to have four races today to complete the event. Coming to this event we had big expectations and in all the time changing conditions we managed to keep the speed being one of the fastest boats. Unfortunately we can’t do the entire Melges 24 European Sailing Series, but our next event will be on Wolfgangsee and of course we are expecting racing at the Europeans in Hyères!” 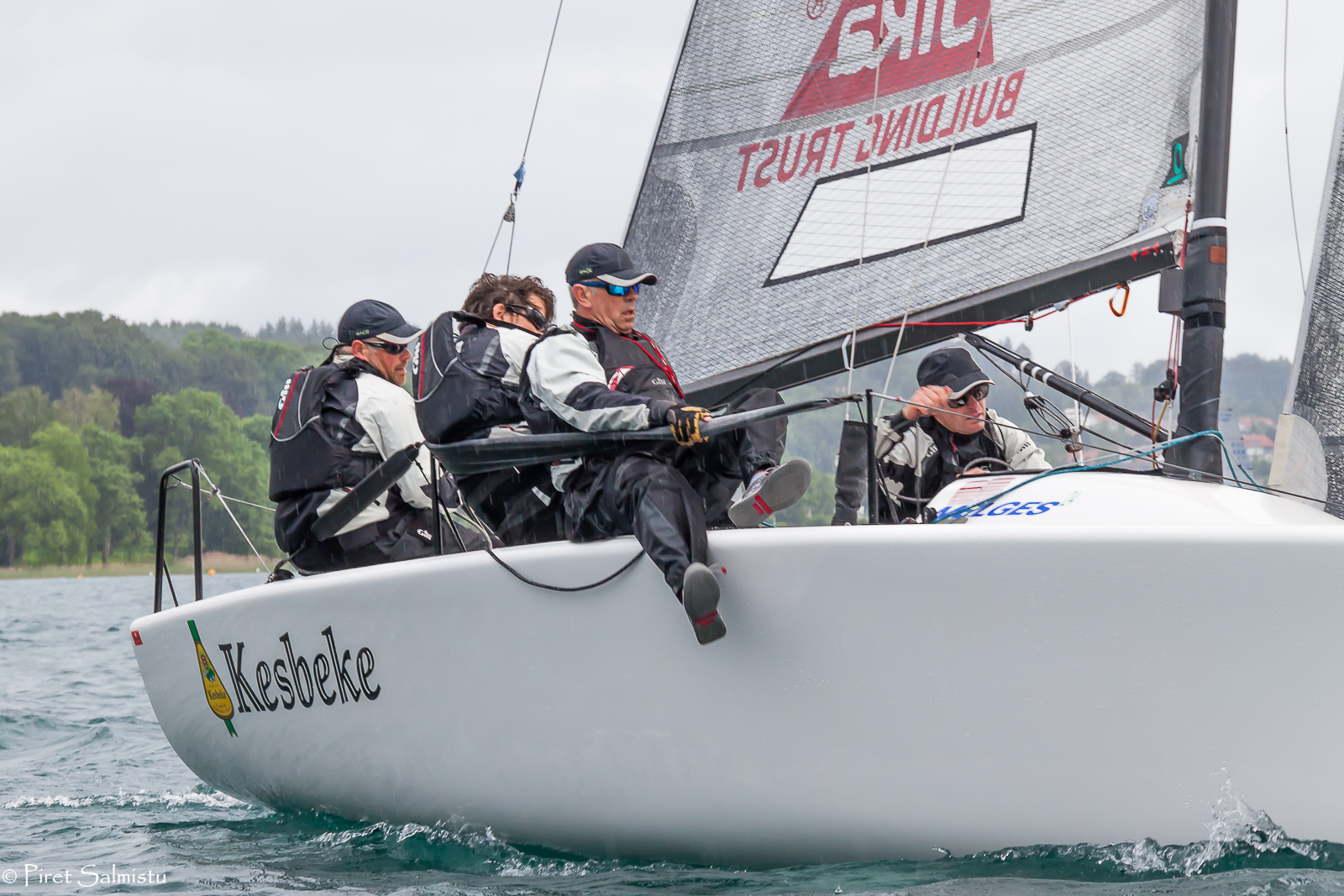 Third in overall ranking and the second best Corinthian team is well known in the Melges 24 European Sailing Series. Being the best Corinthian at the season opener in Portoroz Eelco Blok’s Kesbeke/SIKA/Gill team with Ronald Veraar at the helm from the Netherlands got equal points with Musto Racing but one bullet gave an advantage to the German team.  Corinthian podium was completed by the Swiss team Cinghi-Aile with Michael Good at the helm. In the overall ranking Cinghi-Aile was the fourth with 20 points in total. 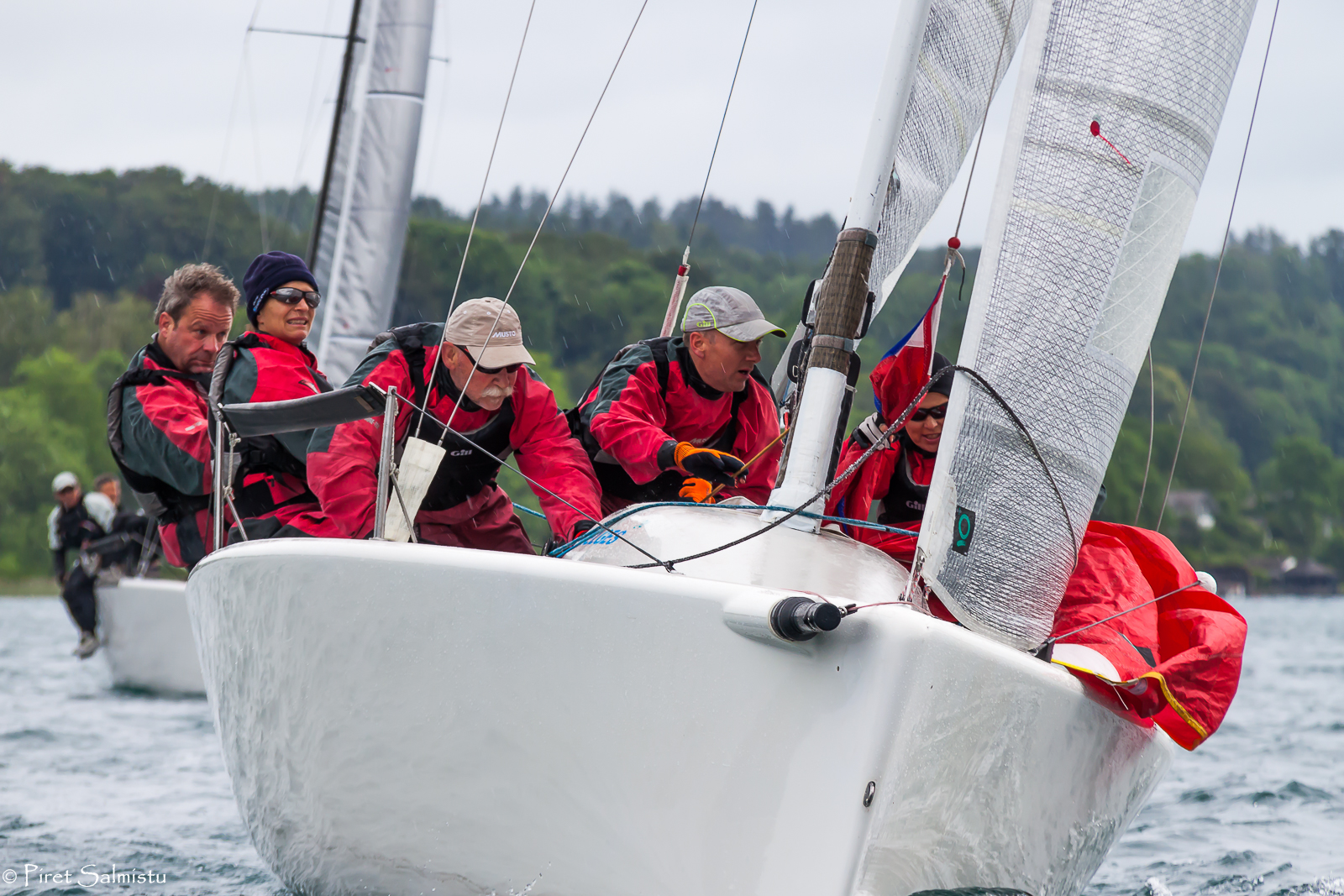 The second event of the 2016 Melges 24 European Sailing Series valid also as the Melges 24 Austrian Open Championship was hosted by the Segelclub Kammersee in cooperation with the International Melges 24 Class Association (IM24CA) and Austrian Sailing Federation.

After the Austrian event the third event will be during the Kiel Week in Germany after Midsummer; the fourth event will bring the Melges 24 fleet to the very attractive venue in Riva del Garda, Italy in July; the most significant Melges 24 event of the season which is also the fifth event of the series, will be held in September in Hyeres, France where the European Champions will be awarded; the series will conclude with the sixth event in Luino, Italy in October.