June 10, 2016 – Attersee, Austria – The first day on Lake Attersee was sunny and beautiful but somewhat teasing the sailors eager to race at the second event of the 2016 Melges 24 European Sailing Series hosted by the Segelclub Kammersee. Despite of lacking the wind since the midday one race was manageable to execute late in the afternoon. Local sailor Christoph Skolaut with his team on Franz Rocks was rocking the boat being the first one getting over the finishing line in very tricky conditions. 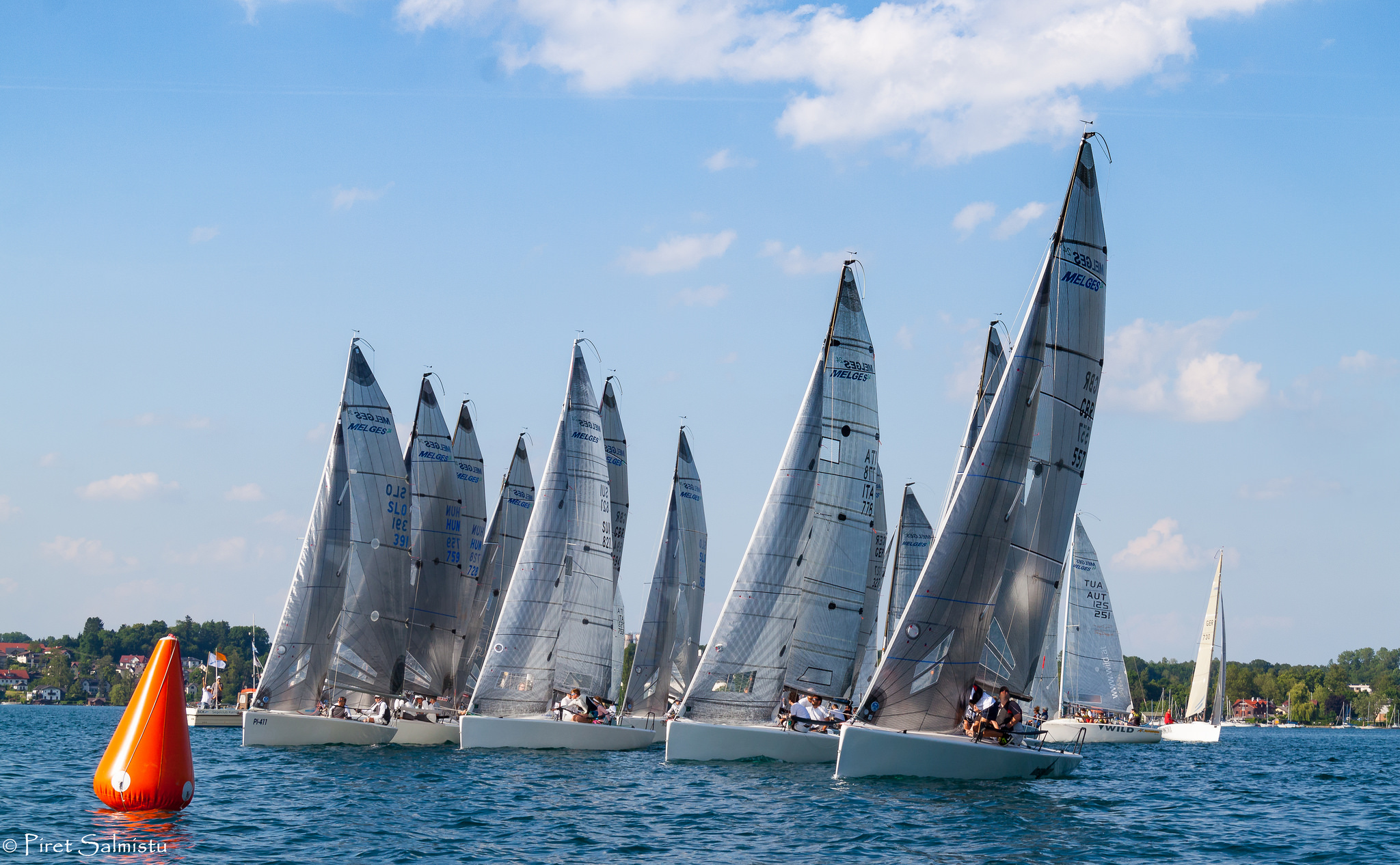 24 boats from 9 nations have been gathered to the picturesque Attersee Lake in Austria to collect the points to the 2016 Melges 24 European Sailing Series and to enjoy a wonderful company in the very competitive Melges 24 fleet. Beautiful weather, sunny and warm was greeting the sailors after the pouring rain during the entire Thursday when the most teams were preparing their boats for racing. The morning on the lake was quite promising showing a nice breeze on the lake, but the local people knew that when the bad weather is changing to the nice one, southern wind is going to blow in the morning, but will most probably die for at noon. This was exactly what happened on Friday on Lake Attersee. AP flag was hoisted right before the planned first warning signal at midday and the fleet was having time for working on their tan until the Principal Race Officer Stephan Buehle hoisted H flag (Hotel) and “send the fleet to the hotel” to wait for the next information ashore. The waiting was long and quite without a hope as the very weak wind was shifting between the South and West for a long time but then after 5 pm the flags on the flagpoles began to fly constantly and the teams were asked to go to the water. It was worth to wait and the decision of the PRO was just right.

Light afternoon western wind was blowing with a velocity of 3.5 m/s allowing to successfully start the first race of the day around 6 pm. Three laps of windward-leeward legs were all but easy. Instead of having three laps the Race Committee was shortening the course after the second lap because of the wind was starting to drop again. In such tricky lake conditions where the wind was shifting also during the racing, first leg to the upwind mark is crucial to fight for the position and it’s all about choosing the side. 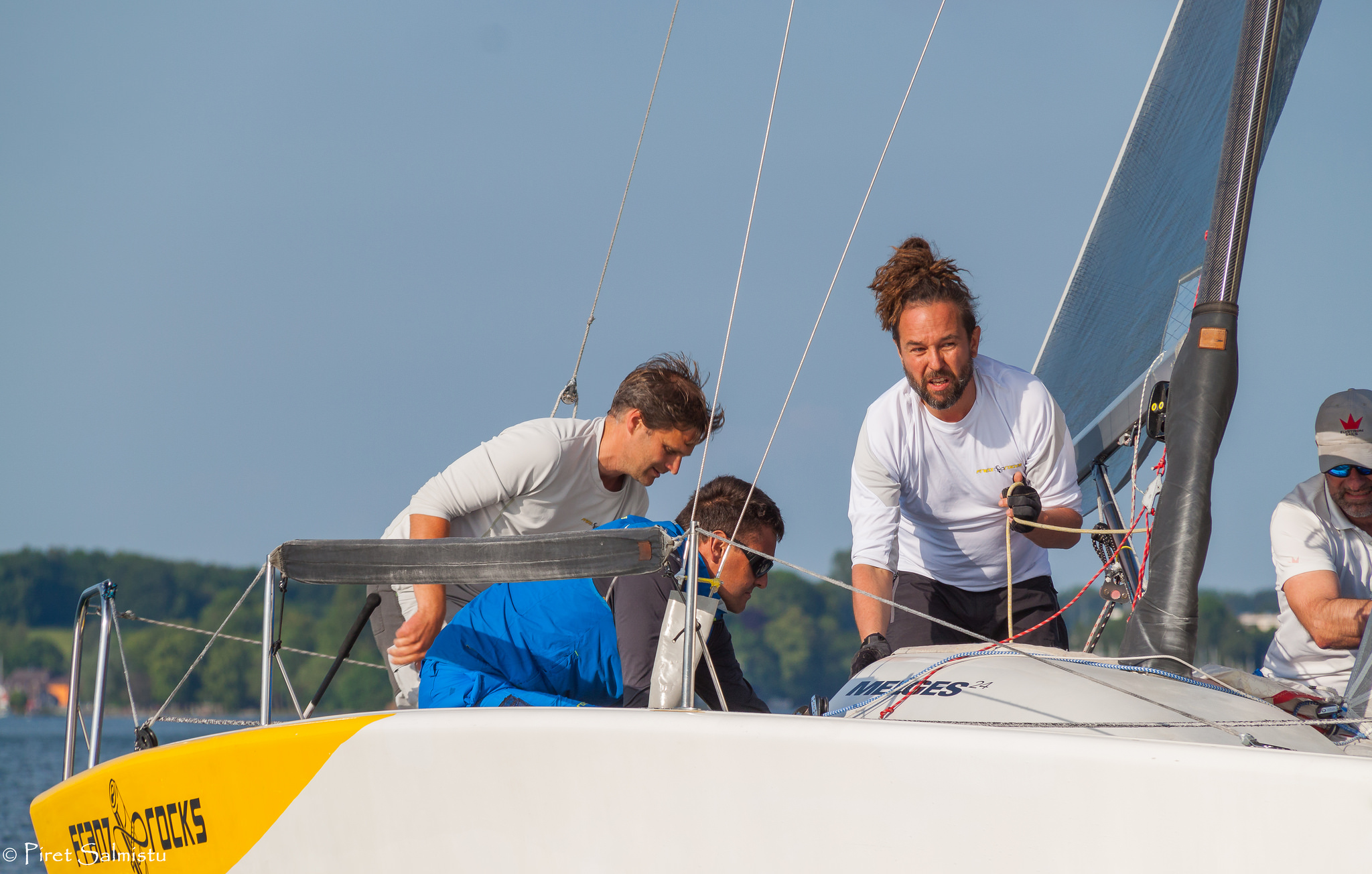 Choosing the left side paid off and Christoph Skolaut, former Yngling world champion, now active Melges 24 sailor, using his local knowledge managed first to finish. Even the Italian team led by Niccolo Bertola was leading most of the race Skolaut snapped the first position followed by the Dutch team Kesbeke/SIKA/Gill with Ronald Veraar helming leaving the first position to the Italian crew. The fourth over the finishing line was Swiss EFG Sailing Team with Luka Rodin helming and not having the owner Christopher Rast onboard this time. Hungarian team Seven-Five-Nine with Àkos Csoltò at the helm was ending up on the high 5th position followed by the Chairman of the Austrian Melges 24 Class Association, Michael Schineis and his team Pure. 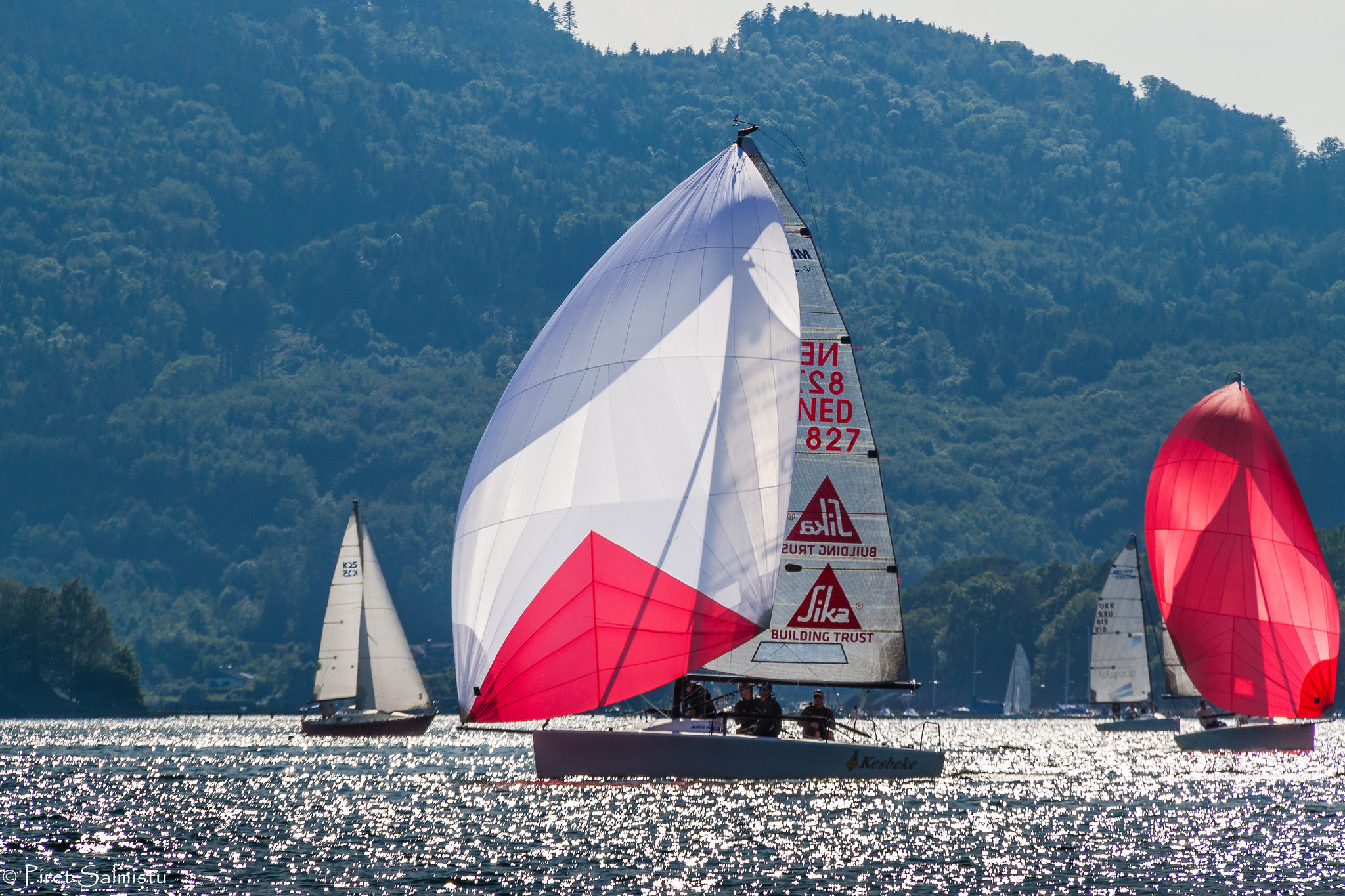 The best Corinthian was the second in overall Dutch Ronald Veraar followed by the Italian Niccolo Bertola and Austrian Michael Schineis.
Full results

PRO Stephan Buehle concluded the first day of the event saying: “We were lucky to have at least one race today in such tricky conditions. On Saturday we are going to start early hoping to have the morning breeze for some races. But it’s hard to forecast, fingers crossed!”

On Saturday the first Warning Signal of the day will be at 8.30 am. In the evening the sailors will experience famous Austrian hospitality having a sailors’ dinner hosted by the Segelclub Kammersee.

Photogallery of Day 1 by Piret Salmistu