Introduced in 1993, built by Melges Performance Sailboats and designed by Reichel/Pugh, the Melges 24 experienced instant success. It was awarded Sailing World Magazine’s prestigious Boat of the Year in 1994. And by 1998, the Melges 24 became massively popular in the U.S. and across Europe resulting in its first World Championship taking place in Torbay, UK.
Read more about the boat history

Thirty years and nearly 900 boats later, the Melges 24 remains the benchmark by which all sportboats continue to be measured. Its fun, fast and highly-addictive style of high-performance racing continues to attract and fascinate young and old, experienced and novice, World Champions and top-notch Corinthians around the world.

In celebration of the Melges 24’s 30th Anniversary, the U.S. Melges 24 Class developed a M24@30 logo to mark the milestone. It symbolizes a modern stance on sportboat racing, and represents this iconic boat and all the people, past and present, that have made it the ultimate ‘it’ boat.

Throughout 2023, the IM24CA and USM24CA will be telling the story of the Melges 24. USM24CA will work the way up to the U.S. National Championship happening at its birthplace, Lake Geneva, WI on October 6-8. This is the exact place where its ultra coolness, innovation and cutting-edge sailing concepts met the surface of the water for the very first time. 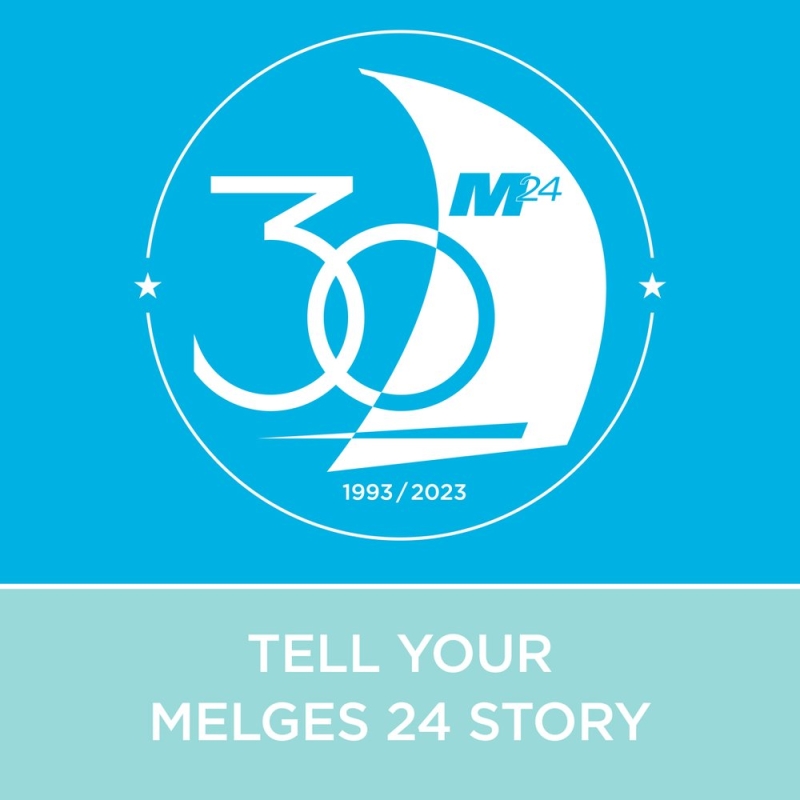 Join us in celebrating the Melges 24 by sharing your favorite racing story with us.

Be a part of the celebration by bring the 30th Anniversary directly to you, your boat and your team.

Use the link below to request the 30th Anniversary logo in a variety of formats so that you can add it to your Melges 24 gear and program.